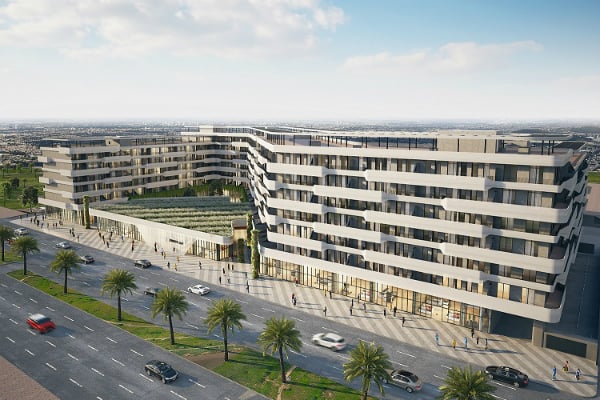 The Avenue District, which forms part of the second phase of Motor City, spans 2 million square feet and includes the One Avenue Mall – a 1 million sqft retail and entertainment centre.

The first residential community within the district, 313 Avenue, comprises 67 studios, 156 one-bedroom and 166 two-bedroom apartments spread across low rise buildings and a 52,000sqft retail centre on the ground level.

Other features of the neighbourhood, located between Sheikh Mohammed Bin Zayed Road (E311) and Al Qudra Road, include the uniquely designed Rubik tower, featuring a mixture of apartments, a fitness centre and swimming pool.

The development will also be home to a 10,000sqft BMW and MINI showroom and workshop that utilises sustainable technologies.

“We are committed to creating vibrant destinations, such as Avenue District, that feature the full spectrum of facilities with a focus on leisure and entertainment.”

The plan comprises 18,000 units in total across 44 high and low rise buildings, more than 150 villas and residential, commercial, entertainment and hospitality facilities.

Last week, Union denied reports that it was in talks to merge with rival developer Deyaar after a previous deal between the two fell apart during the financial crisis.