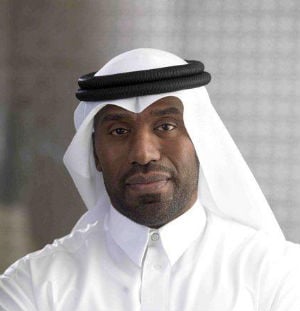 Dubai-based financial services firm Shuaa Capital has appointed Abdul Rahman Jareb Rashed Al Hareb as the new chairman of the board of directors.

He replaces Sheikh Maktoum Hasher Al Maktoum, who held the position of executive chairman since May 2011.

Al Hareb, a banker by profession, serves as a non-executive director on the board of Emaar Properties and as chairman of Dubai AeroSpace Enterprise Audit Committee.

He is also the chief internal audit officer at the state-owned conglomerate Dubai Holding.

“Going forward we will continue to build on this solid business platform as the UAE economy continues to expand further.”

The company said that the results were driven strong gains recorded in the asset management, investment banking and SME lending divisions.

Shuaa was hit hard after the financial crisis in Dubai in 2009, and Sheikh Maktoum, chairman of private investment firm Dubai International Holding Company, was appointed in May 2011 to help turn around the company into a profitable venture.

The Dubai-based firm announced in December 2014 that Sheikh Maktoum will step down following the disclosure of the company’s 2014 results.

Shuaa, which posted a loss of Dhs300 million in 2011, has now managed to post profits consecutively for the last few quarters.

It has also launched new services in various markets in an effort to tap into the ongoing economic recovery in the region.

Recently, the company announced that its subsidiary Gulf Finance Corp obtained a new operating license in Saudi Arabia that will allow it to offer Sharia complaint leasing products in that market.

The license will also allow the firm to address a funding gap for small businesses and help to finance cross-border deals between Saudi Arabia and the UAE, Shuaa Capital said.