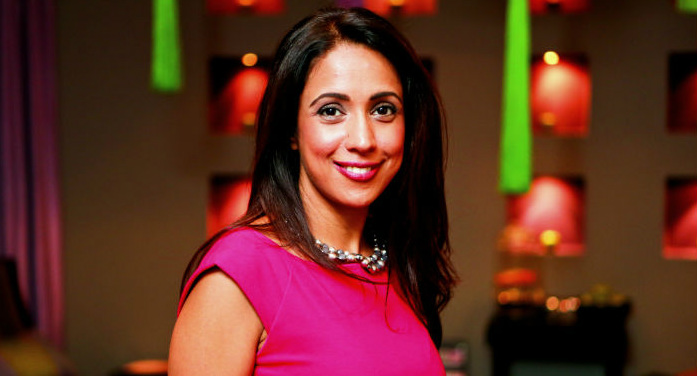 Relaxing Oriental music greets my ears as soon as I walk into the chic SensAsia Urban Spa at the Emirates Golf Club in Dubai. Surrounded by the warm glow of flickering candles and serene faces of Buddha, I settle down comfortably on a plush recliner to have a chat with the spa’s founder and creator, Salina Handa.

“SensAsia Urban Spa is very much a reflection of me,” she says. “The names of the [treatment] rooms are all places I’ve been to – the place I got married in, the place I honeymooned in, places I’ve vacationed in. It’s a very special and personal space.”

Originally from India, Handa was born and raised in Thailand, before moving to the United States and later to Dubai. Having worked briefly at Merrill Lynch and then within the marketing department of Tetra Pak, Handa says she yearned to do something outside the 9-to-5 corporate world.

On a holiday in Vietnam, while visiting a spa, the idea of creating a niche day-spa in Dubai dawned, and nine months after her return to the emirate, SensAsia was born.

“I’m not a therapist and I have no beauty background,” she explains. “I built it purely from a consumer’s point of view. I found that in Dubai, at the time, there were no other spas quite for me, since I didn’t want to go to a hotel.”

However, establishing the company in 2004 in Dubai was no easy task, especially being a woman, she admits. “There weren’t businesses like mine around. I struggled to get a trade license because my category just didn’t exist. It took a very long time for me to get the legalities and the government approvals sorted out.”

But she stuck to the concept and her perseverance paid off within the first year itself. “When people started to come and realised it was a bit different compared to your average day spa in Dubai, word of mouth did it and I think the branding activities helped,” she says.

Growing recognition for the brand and a few awards led to the opening of the second SensAsia spa at Palm Jumeirah in 2009. Further expansion across Dubai followed, and currently Handa runs five spas across the emirate.

Booming demand has meant that SensAsia is now getting ready to expand across the GCC region, with franchising plans in place. “We have recently done some strategic planning, we know it’s a franchise-able business and that it can be very profitable for a franchisee. It should start by the end of this year, but we don’t know how many [new units] will be opened quite as yet.”

Handa admits that although she initially feared that the quality of the concept might get compromised, she is now convinced that, with the right partners, the brand’s image will only grow.

Calling herself the brand’s biggest critic, the mother-of-two says she books a treatment in her spas at least once every 10 days, and although she tries to relax, she is also constantly evaluating her staff. It’s critical for them to keep up with clients’ demands.

“We have a very unique set of clients – we are not for everybody. Our clients are savvy spa goers and sophisticated individuals and if we can make them happy, it makes our job that much more rewarding,” she says.

However the savvy entrepreneur is content to not keep pace with the latest trends: “We are not a trend follower; we just keep true to what our niche is – and we do it very well.”