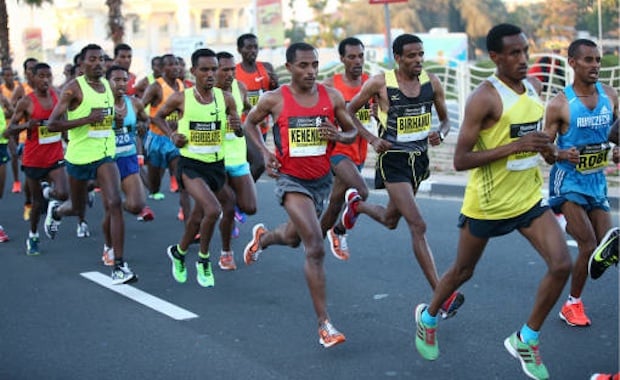 Dubai’s Roads and Transport Authority (RTA) has announced a traffic plan for the upcoming Dubai Marathon 2017 which will take place on Friday, January 20. 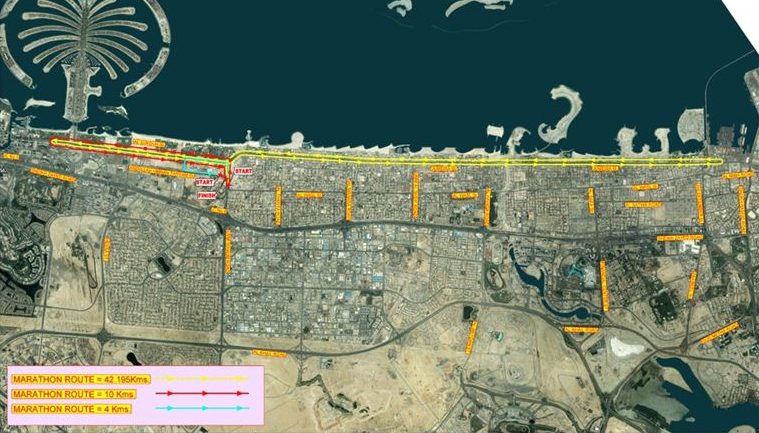 The fun run route begins between the two intersections of Dubai Police Academy and Madinat Jumeirah on Umm Suqeim Street, passes through Omran Tariam Street in the direction of King Salman bin Abdul Aziz Street, and returns to the starting point.

The impacted streets will be opened gradually after the passing of the last contestant starting from 9am until the end of the race at 12pm midday, RTA said in a statement.

Alternative traffic routes will be provided around the course of the race and surrounding streets in the area in coordination with the Dubai Police.

Traffic instructions and directional signage will lead motorists to alternative roads such as Al Wasl Street and Sheikh Zayed Road during the road closure, RTA said.

In terms of parking, organisers have urged participants not to park their vehicles on Jumeirah Beach Road, Al Sufouh Road, Madinat Jumeirah or Police Academy areas.

Parking has been advised along the Al Wasl Road junctions away from the start and finish and in the Mall of the Emirates/Al Barsha area with access available by crossing from the Dubai Metro Bridge.

There will also be a taxi drop off point before the race and collection point after the race on Al Wasl Road.

The Dubai Marathon is the richest marathon in the world, offering a sum of $200,000 to the first prize winner. This year, a bonus of $250,000 is on offer to any runner who can break the world record.