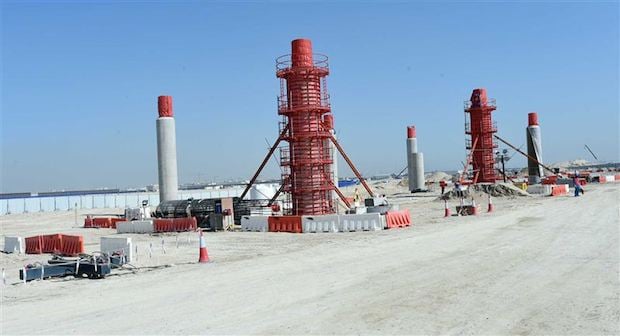 Traffic diversions have been introduced on the Jebel Ali-Lehbab Road as part of construction works for the Route 2020 project, the Dubai’s Roads and Transport Authority (RTA) announced on Thursday.

The Route 2020 project involves extending the Dubai Metro Red Line for 15km from Nakheel Harbour and Tower station to the site of Expo 2020. Work on the project is currently ongoing, with the RTA confirming that the completion rate reached 7 per cent in April.

Adel Al Marzouqi, director of the Right-of-Way at RTA’s Traffic and Roads Agency, said: “The traffic diversions will remain in place until the completion of the required works.

“Minor changes will be made in the lanes of Jebel Ali-Lehbab Road in both directions to make room for casting the piers of Dubai Metro’s elevated track in the median, while maintaining the same number of the existing lanes.” 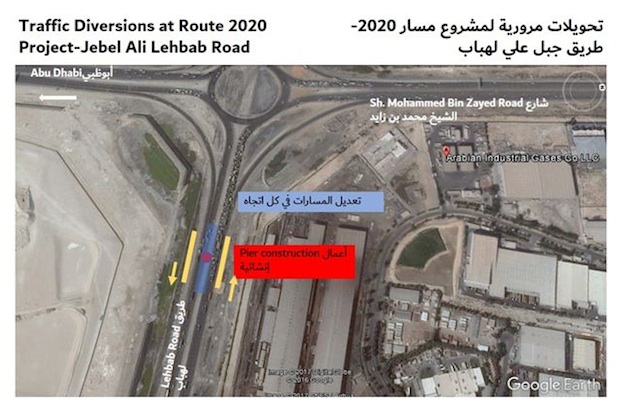 He confirmed that the RTA has set up a plan for the temporary traffic diversions of Route 2020, which will be undertaken over several phases during the project construction period.

“The project teams and contractors will do their best to ensure a smooth traffic flow and minimise the impact on residents until completion of all project works. They are keen on constructing the infrastructure of Route 2020 according to the plan and timetable set to ensure smooth traffic flow on roads and internal roads of residential and business complexes affected by this strategic project,” he added.

Al-Marzouqi called upon motorists and road users to pay attention to traffic diversions and follow the directional signs to ensure their safety and avoid congestions that may trigger traffic jams for extended periods.

“Works will continue day and night until the completion of Route 2020 project,” he confirmed.

Route 2020 comprises 11.8km as an elevated track and 3.2km as an underground track. It has seven stations, including an interchange station, one station at Expo site – featuring aeroplane wing shaped structures, three elevated stations and two underground stations.