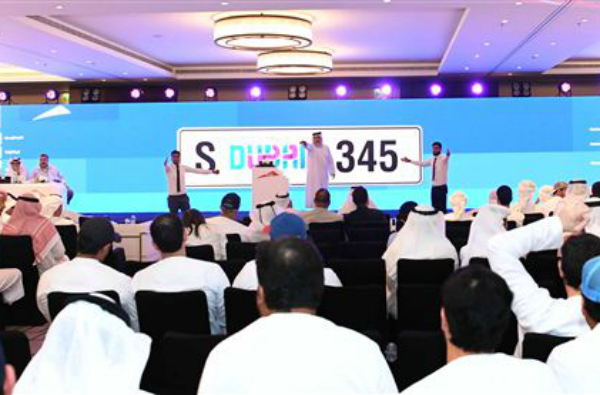 The 96th edition of the auction, held on Saturday, saw 80 distinct plates go under the hammer.

Of these, four were responsible for a significant percentage of the total raised.

“The number auctions organised by the RTA are characterised by transparency and enthusiasm. They measure up to the aspirations of customers who seek exclusivity in this regard,” said Ahmed Bahrozyan, CEO of the RTA’s licensing agency.

“Such auctions suffice the needs and aspirations of number plate enthusiasts, and reflect RTA’s keenness to realize its third strategic goal of “People Happiness.”

A previous auction in May saw Dhs2.9m raised from the auction of a single number plate.