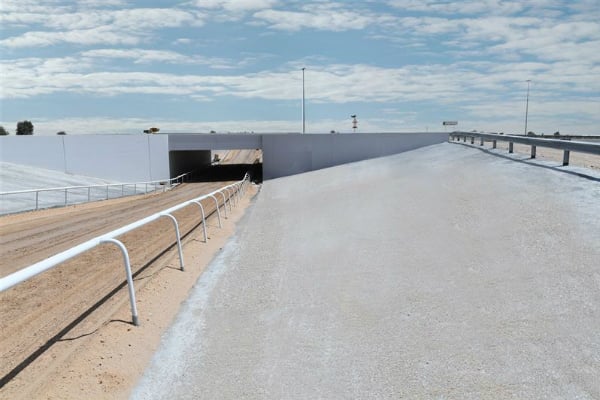 Dubai’s Roads and Transport Authority (RTA) is due to open the second phase of Dhs178m ($48.4m) improvement works on the Seh Al Salam Dual Carriageway next week.

The work spans 20km from Al Qudra roundabout to the intersection of Dubai-Al Ain Road and is designed to improve traffic flow.

RTA director general Mattar Al Tayer said it would widen the street into a dual carriageway in each direction, passing through areas including Al Lisaili and Al Marmoom.

A further nine roundabouts have also been constructed at intersections to improve traffic safety and two crossings have been built for camels, two for horses and one for cyclists.

In addition service roads to the residential complex at Al Lisaili, car parks, bus stops, streetlights, central rails and a rainwater drainage system have been built.

The official opening will take place on Monday, May 14.

The first phase of the project, extending 12km from Bab Al Shams Hotel and the Dubai International Endurance City to Al Qudra roundabout, opened at the end of 2016.

This included the widening of the street and the building of four roundabouts at a total cost of Dhs68m ($18.5m). 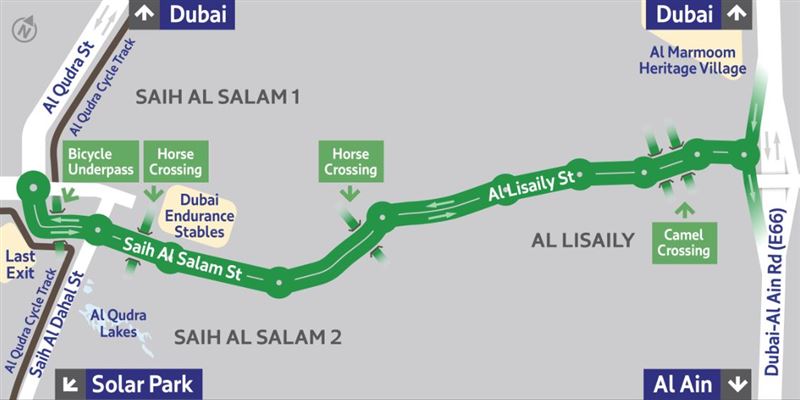 “By accomplishing Phase II, the RTA completes the construction of a key part of the street extending 32 km from the Dubai International Endurance City to Al Qudra roundabout,” said Al Tayer.

“From there the traffic can proceed to Dubai-Al Ain Street or Al Qudra Street passing across the Emirates Road and Sheikh Mohammed bin Zayed Road up to Jumeirah.”