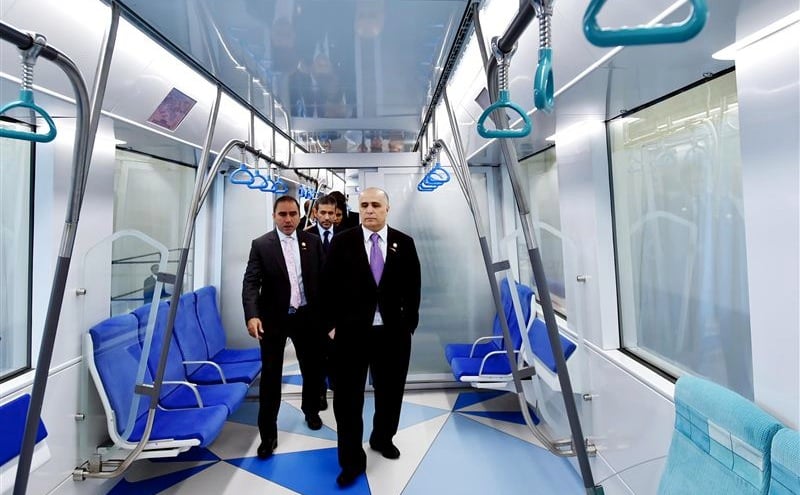 Of these trains, 15 will serve Expo 2020, while the remaining trains will enhance Dubai Metro services.

Director-general and chairman of the board of the Roads and Transportation Authority (RTA), Mattar Al Tayer, visited France to inspect the progress on the manufacturing process.

The RTA chairman said the interiors of train carriages have been improved. 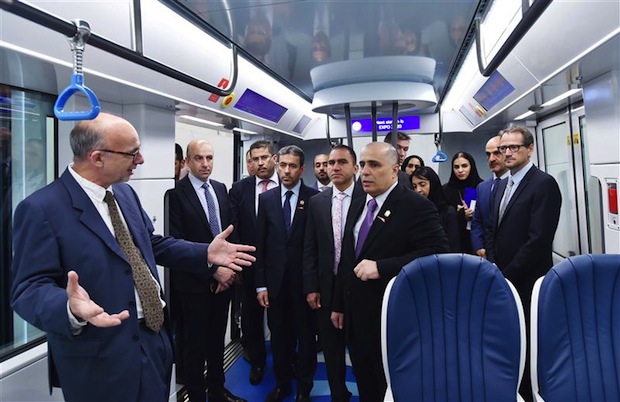 For instance, the new carriages are customised in way that is user-friendly to people with disabilities, ensuring smooth boarding and departure of commuters.

Other changes include new designs for the handles, lighting, and locations of digital displays. The new trains will also feature a dynamic map for the metro route and stations, which will run on LED power-saving lighting systems.

The luggage compartment has also been modified for use by standing commuters.

Seats have been allocated on both sides of the train and the passageway connecting the carriages has also been increased.

Similar to the existing system, the new trains will have the last carriage dedicated to women and children, part of the first carriage will be for gold class and the remaining carriages for silver class.

The gold class will feature transversal seats, while seats in silver class and women and children’s carriage will be longitudinal.

Al Tayer noted that the train’s exterior will remain the same to maintain the familiar public identity of Dubai Metro.

The trains supplied by the French company fall under the Route 2020 project. Al Tayer said that work on the project is on schedule and has exceeded achievement rate by 12 per cent.

“The project contractor is currently inserting piles at a depth of 25 to 30 meters, and works had started in casting concrete pillars of the metro viaduct. This stage would be a milestone in the progress chart of the project works marking the emergence of the project components, which would be visible to road users and inhabitants of nearby areas,” added and Al Tayer.

The project extends about 15 km from Nakheel Harbour and Tower Station on the Dubai Metro red line. An elevated track of 11.8 km and a 3.2 km underground track constitute the new project.

The project comprises of seven stations, of which one will be an interchange station. One station will be located at Expo site, three stations will be elevated and two will be underground stations.