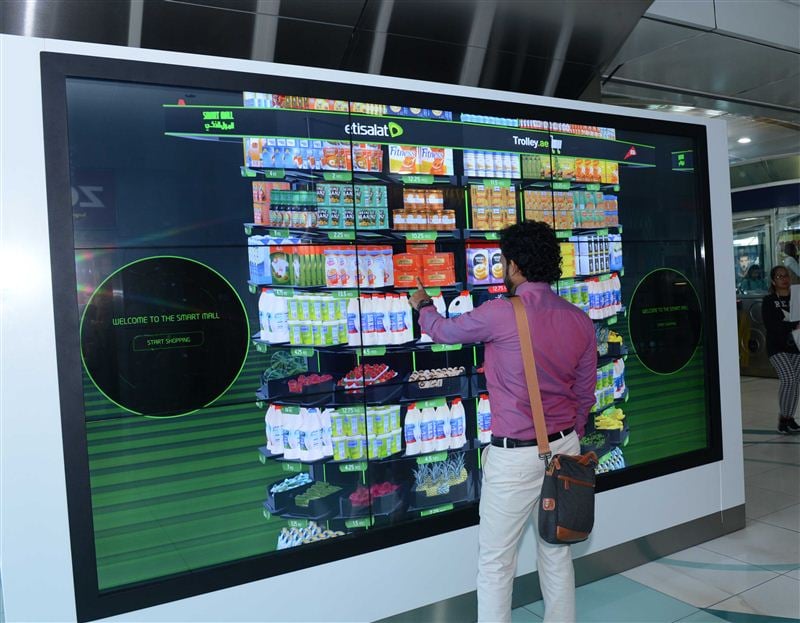 Dubai’s Roads and Transport Authority (RTA) has announced the opening of smart malls in four of the emirates metro stations.

The malls have been introduced in partnership with UAE telco Etisalat and are available in the Damac Properties, Dubai Internet City, Emirates Towers and Abu Dhabi Commercial Bank stations.

They include interactive 3D screens spanning nine square metres that enable two people to simultaneously shop and process their transactions.

Initially the malls only include food items but more products including clothing and electronics are planned to be added in the future, according to Mattar Al Tayer, director general and chairman of the RTA.

Users can choose from items, add them to their shopping cart and pay with their credit card, with the goods delivered at a time and place of their choosing.

Other payment options are also being considered including metro (NOL) cards or mobile phone balance.

“The Smart Mall project fits well with the quick life trends through capitalising on the technological advancement of Dubai city. It enables individuals to shop on the go rather than set a time for grocery shopping. Such an exercise makes life easier after a busy day and avails people a time to use in other more important affairs,” said Salvador Anglada, chief business officer at Etisalat.

He said it marked the second phase of Etisalat’s smart mall project.