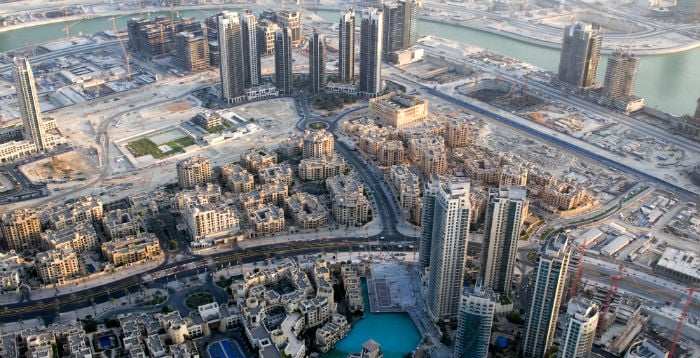 Dubai’s Roads and Transport Authority (RTA) has awarded a contract, worth Dhs802 million, for the third phase of the water canal project to Belhasa Six Construct Co, it said in a statement.

The project comprises the construction of a water canal linking the Dubai creek with the Arabian Gulf. The canal extends from Sheikh Zayed Road and will pass across Al Safa Park and Jumeirah 2 to end at Jumeriah Beach Park.

The total cost of the three phases of the water canal project amounts to Dhs1.7 billion, RTA added.

“Phase III also includes filling works to construct an artificial peninsula across Jumeirah Park; which will double the length of the park beach, increase the area of the park, and offer a room for adding more recreational activities.”

He added that work on the third phase will start as early as June this year while the construction of the project is scheduled to be completed by the end of September 2016.

Phase I of the project, costing Dhs580 million, comprises the construction of a bridge over Sheikh Zayed Road, with a capacity of eight lanes in each direction. It will also include the diversion of utility lanes impacted by the course of the canal, and lighting and fountain works on the bridge.

RTA had announced traffic diversion plans earlier this year for which work is scheduled to begin by July and while the traffic movement will be diverted in October.

Meanwhile, the second phase of the project, worth Dhs384 million, includes the construction of bridges across the 3km long canal on Al Wasl and Jumeirah roads.

The contract, which was awarded to China State Corporation, includes the construction of a free and integrated multi-tier interchange that will provide a traffic link between Al Wasl, Al Hadiqa and Al Athar roads and replace the existing traffic signals.

Touted to be a major tourist destination, the Dubai water canal project will include a new shopping centre, four hotels and 450 restaurants as well as luxury housing and cycling paths.

It is expected to provide new areas measuring 80,000 square metres for public places and facilities, as well as private marinas for boats and a new trade centre at the entrance of the canal.