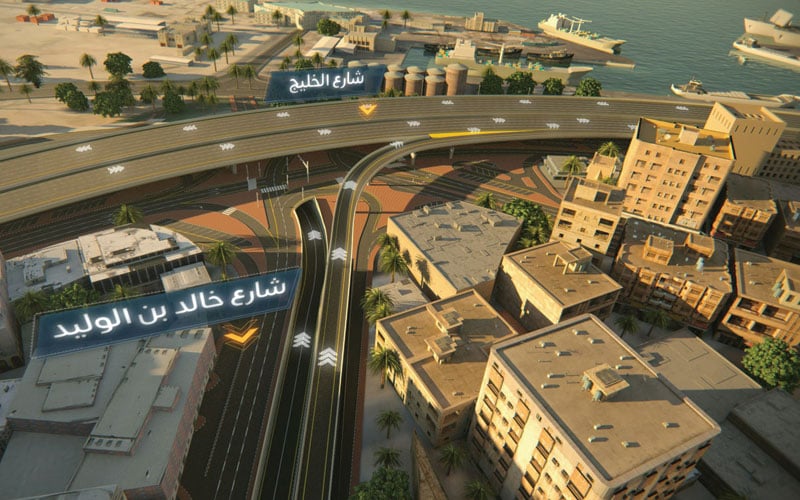 The Falcon Junction project involves the construction of two bridges along Al Khaleej Street which will link with Shindagha Bridge (Infinity) Northwards and is expected to ease traffic along the Al Khaleej and Al Mina Streets, provide entry/exit points for Rashid Port, and will also feature parking spaces under the new bridge. 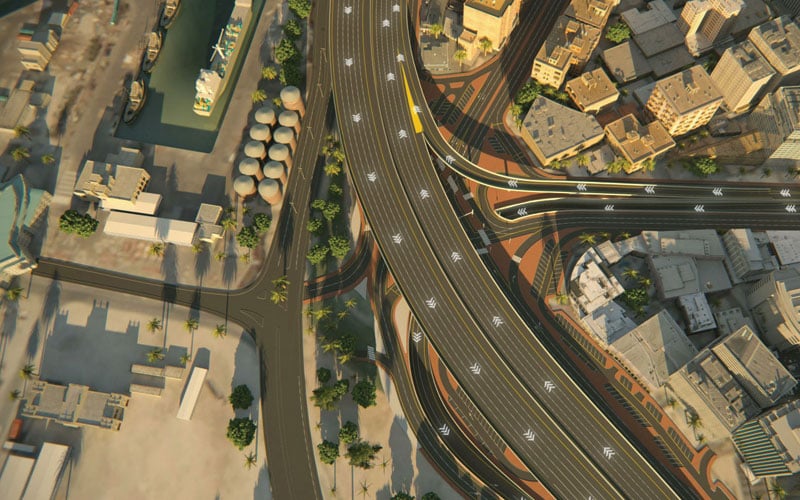 The project includes the construction of a single-lane 250-metre bridge to turn right from Khaled bin Al Waleed Street to Al Khaleej Street which will have a capacity of 1,600 vehicles per hour.

Also, a two-lane 500metre tunnel will allow left turns from Khaled bin Al Waleed Street to Al Mina Street and will be capable of handling 3,200 vehicles per hour.

Of the five phases of the Al Shindagha Corridor Project, two are complete which included upgrading the junction of the Sheikh Rashid-Oud Metha Streets and the construction of two bridges on the Sheikh Khalifa bin Zayed Street.

The Dhs450m contract for the Falcon Junction project is one of six contracts that will be awarded for Phase III of the project which is expected to be completed by 2022 and will include bridges that extend 8.5km, tunnels spanning 500m, and surface roads extending 8km.

Phase IV, meanwhile, which is set to be completed by 2025 will include the improvements along Al Khaleej Street that incorporates the construction of bridges stretching 3.4km, tunnels extending 2.25km, six surface junctions and roads extending 5.1km.

The final Phase V of the project is expected to be completed by 2027 and will include the construction of southwards 1.5km bridges leading to Deira.