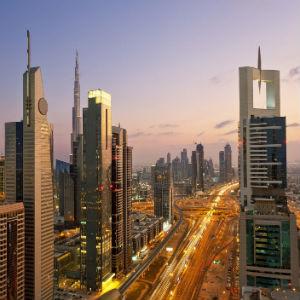 Dubai is on course to outperform growth projections thanks to an increase in job creation and a solid diversification strategy, says a new report by Bank of America (BofA) Merrill Lynch.

The research shows that although the current working population in Dubai stands at 1.3 million, the emirate aims to create 950,000 new jobs by 2020, with retail, tourism and related sectors fueling growth.

“This is an ambitious but realistic goal which would see the population increase on average by four per cent, which will, in turn, drive further economic growth,” it said.

Stephen Pettyfer, head of MENA Research at BofA Merrill Lynch Global Research said: “Dubai has the right mix to re-accelerate growth. Given that there is a certain degree of duplication, competition or lack of distinct differentiation among various projects in the GCC, Dubai’s model of diversification stands out, having already achieved a critical mass, scale and a degree of competitiveness.”

The report suggests that while the economy recovers, Dubai is one of the best GCC cities in which to develop business because of increasing population growth and better infrastructure.

It estimates that by 2020, the emirate will see an incremental housing demand of 317,000 units, which represents 94 per cent of the current stock.

Dubai is also expected to welcome more than 15 million tourists, up from eight million visitors in 2011. Hotel occupancy is estimated to see a 35 per cent increase, and an additional 18,868 hotel rooms will be added to the city. Retail sales are also expected to rise at the rate of five per cent per annum.

“Dubai’s diversification model has proved successful in developing both infrastructure assets faster than other GCC countries, and a non-oil-based economy more geared towards trade and tourism,” said Pettyfer.

“That gives the emirate a key regional competitive advantage in attracting talent and boosting non-hydrocarbon-related activities.”