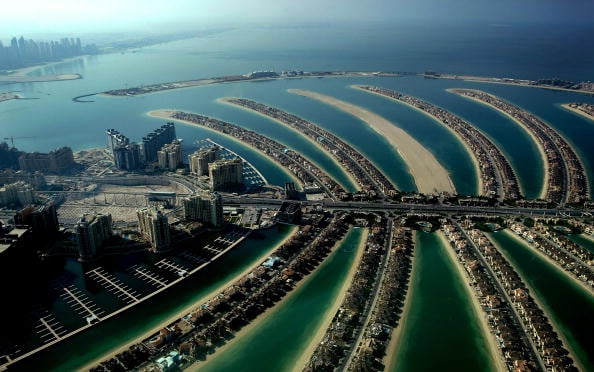 Dubai’s plans to construct mega projects such as Mall of the World could lead to another boom-bust cycle within the emirate’s real estate market, according to a report from Bank of America Merrill Lynch.

The complex, which will be developed by Dubai Holding, will require $6.8 billion in financing over the next 10 years.

Although the company will finance half the cost from its resources, it is expecting to receive the remaining funds through the debt market along with the sales of some parts of the project, revenue from leasing and partnerships, according to Reuters.

“We worry about potential policymaking complacency and that such ambitious projects could lead to another boom-bust real estate cycle, particularly as there has not yet been major deleveraging in the economy,” the Bank of America Merrill Lynch report said.

“The latter is consistent with news that Dubai World is seeking to extend the maturity of its 2018 restructured loan by another four years.”

State-linked firms such as Dubai Holding were badly hit by the debt crisis in 2009 due to large bank loans that were borrowed to fund their growth during the boom time.

However, the emirate’s real estate market has strongly recovered in the last year with property prices reaching pre-crisis levels in many parts of the city.

Spurred by the rising demand, a number of companies including state-linked firms launched a slew of real estate projects, having a combined value of over $50 billion.

Such ambitious mega project launches have resurrected fears regarding the sustainability of funds available to these firms.

Rising prices have also prompted repeated warnings from the International Monetary Fund (IMF) about another boom-bust cycle re-emerging in the market. The fund urged the government to take necessary steps to stem the practice of flipping and control the burgeoning property prices.