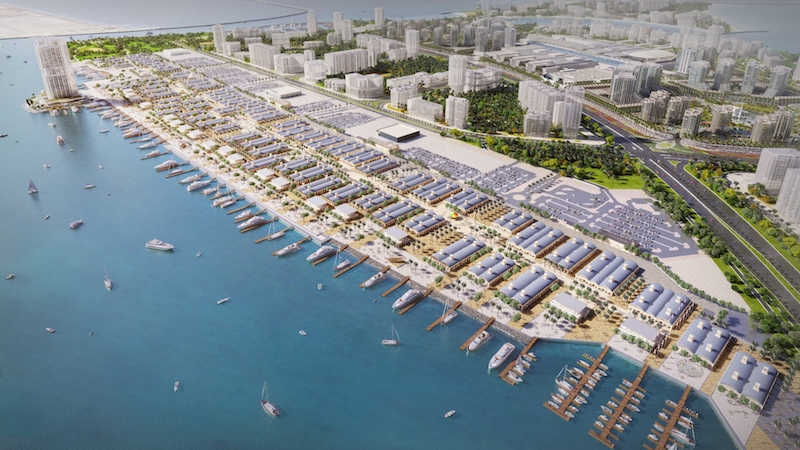 Dubai developer Nakheel has awarded a construction contract worth Dhs165m to build six marinas at its Deira Islands project, it announced on Thursday.

The contract was awarded to UAE-based APCC Piling and Contracting.

When ready, the marinas will accommodate a total of 614 boats and yachts up to 60 metres long.

Construction will begin in Q4 2017, with phased delivery over two years, Nakheel said in a statement.

The latest announcement comes after Nakheel awarded four contracts – collectively worth more than Dhs430m – in August for islands A and B of the four-island development.

In total, Nakheel said it has now invested more than Dhs7.5bn in infrastructure and construction at Deira Islands.

In April, Nakheel awarded a construction contract worth Dhs4.2bn for its mega Dhs6.1bn Deira Mall. The mall – set to be Dubai’s biggest shopping destination in terms of retail space, is expected to be completed in 2020.

“Our new coastal city paves the way for hundreds of hotels, residences and attractions, many of which we are developing ourselves under our business diversification strategy.”

A 15.3 square kilometre waterfront city, Deira Islands will add 40km, including 21km of beach, to Dubai’s coastline and feature hotels, residences and attractions.

Some of the key projects include Deira Boulevard, a Dhs5bn development with 16 residential towers, nearly 3,000 apartments and retail, restaurant and recreation space; Deira Islands Night Souk – which will have more than 5,300 waterside shops and restaurants; and resorts being developed in partnership with Spain’s RIU and Thailand’s Centara Hotels and Resorts.

Overall, the development is estimated to have a population of 250,000 and create 80,000 jobs when ready.