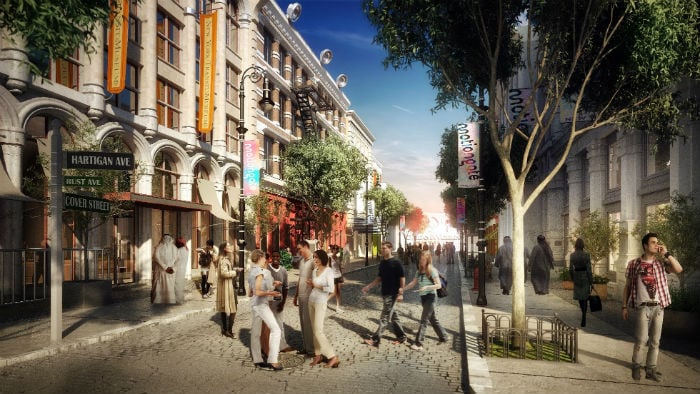 Dubai Parks and Resorts, a Meraas holding company which is developing the company’s mega theme park development, announced that it has signed an agreement with a division of Sony Pictures to set up a Sony Pictures Studio and Smurfs Zone in the complex.

The new studio and zone will be located at Motiongate Dubai, the Hollywood inspired theme park coming up within the development, a statement said.

They will contain 12 themed attractions inspired by movies such as Cloudy with a Chance of Meatballs, Hotel Transylvania, Ghostbusters, The Green Hornet, Underworld, Zombieland, and The Smurfs.

Raed Al Nuaimi, CEO of Dubai Parks and Resorts, said: “With their legacy of excellence in entertaining audiences, we are confident Sony Pictures and the Smurfs Zone will add an exhilarating new dimension to the Middle East’s entertainment landscape.”

Featuring four unique zones, including a DreamWorks Animation zone, the park will have a total of 27 attractions and use technology and new-generation rides to take visitors on a “cinematic journey”, the statement said.

It will also have retail, dining and entertainment options across all areas.

Spread across three million sqft, it will be the first Legoland park in the Middle East and the seventh worldwide.