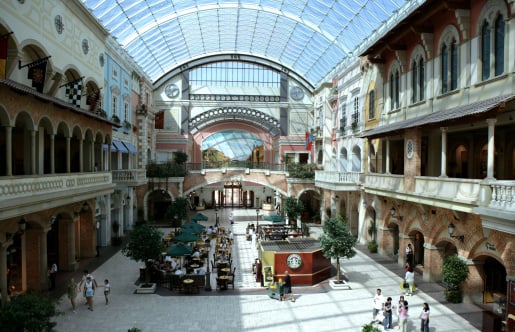 The company planning the first initial share offering on Dubai’s main stock market for five years says it will spend the proceeds on opening more than 100 fashion stores, restaurants and cafes across the Gulf Arab region over the next five years.

Marka, created by prominent businessmen in the United Arab Emirates, will offer for sale 55 per cent of its capital or 275 million shares at Dhs1 ($0.27) each, in a 12-day sale beginning Sunday.

Initial public offers (IPOs) of shares dried up after Dubai’s financial crisis erupted in 2009. Marka’s IPO is being seen by investors and bankers as a symbol of the emirate’s recovery.

The nature of the company underlines the return of confidence in Dubai – Marka does not have any current operations and is still being incorporated, so investors will be asked to commit their money to a concept and a group of high-profile backers, rather than to any corporate track record.

Dubai-based Marka plans to invest in the fashion retail and food and beverage markets of the UAE and the Gulf, sectors which are growing rapidly because of the region’s consumer boom.

It says it will introduce global franchises and brands to the Gulf, allowing it to build a customer base quickly, though it has not revealed which brands.

Marka obtained regulatory approval to list in Dubai as a “greenfield” company, which meant it did not have to file financial records for past years as existing companies would have to do, Mahdi Mattar, chief executive of IPO lead manager CAPM Investment, told reporters on Wednesday.

Greenfield IPOs were popular at the height of the UAE’s stock market boom a decade ago but then fell out of favour as financial storm clouds gathered. Now, a strong recovery by the Dubai market – its main index has nearly tripled since the end of 2012 – suggests Marka may see strong investor demand.

Dubai’s stock market is dominated by banks, construction firms and real estate developers, so Marka may provide the purest exposure so far to its retail and restaurant sectors.

The IPO will be open to investors of all nationalities, provided 51 percent of the equity is held by investors from the six Gulf Cooperation Council states. The company will launch on the Dubai Financial Market around the first week of June, Matter said.

Last month the smaller of Dubai’s two stock exchanges, NASDAQ Dubai, saw its first IPO since the crisis, a $175 million offer by Emirates REIT which was 3.5 times oversubscribed.