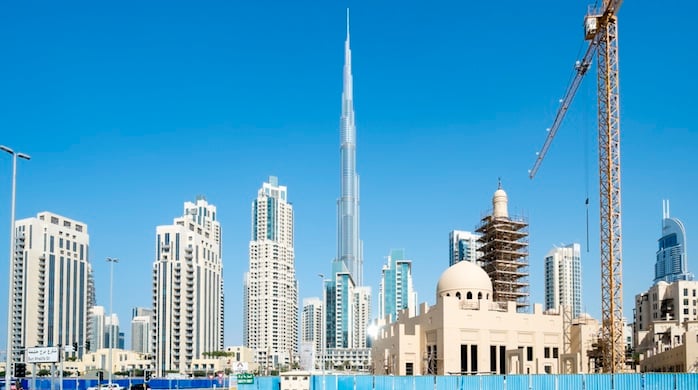 Business activity in Dubai grew at its slowest pace since March 2012, owing to a softening in three key sub sectors in the economy, Emirates NBD’s latest Dubai Economy Tracker showed.

The seasonally adjusted Emirates NBD Dubai Business Activity Index, which covers sectors including construction, wholesale and retail and travel and tourism, fell to 53.1 in July from 55.5 in June. The output growth was the slowest recorded for three-and–a-half years.

Construction remained the best performing sector in July, with travel and tourism and wholesale and retail seeing marginal growth in business activity.

“The softening in activity in July is in line with other anecdotal reports, and probably reflects the impact that a stronger dirham and lower oil prices may be having on private sector output and sentiment,” said Emirates NBD’s chief economist Tim Fox.

Despite the slowdown in growth, private firms were still upbeat about operating conditions, the survey showed. This optimism translated into slight growth in employment in July, although the rate of job creation had eased since June.

“Nonetheless at 53.1, the headline number still suggests relatively firm growth in the non-oil economy, and it is especially encouraging that despite the slowdown, firms in all three surveyed sectors remain extremely upbeat about future business activity.”

The survey suggested that pressure on margins persisted with costs rising in July. Despite this, average prices charged by private sector firms fell last month, reflecting companies’ efforts to deal with competition and to stimulate demand.

Dubai is among the most diversified economies in the Gulf, through its strength as an aviation and tourism hub and trading centre in the region.

However, there have been concerns that oil price volatility could slow government spending, in turn dampening private sector sentiment in the emirate.