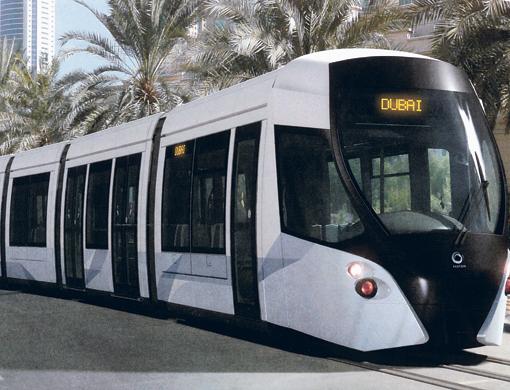 The first vehicle to be used in Dubai’s Al Sufouh Tram project will be delivered on December 11 this year, the Roads and Transport Authority (RTA) has announced.

The vehicle will arrive after undergoing technical experimental tests on a test track at the French manufacturing company where its being made, said Mattar Al Tayer, RTA’s chairman and executive director.

So far, the production of the tram’s vehicles has almost hit 30 per cent, official news agency WAM quoted him as saying.

Al Tayer made the announcement during an inspection tour of the project site, where he checked the progress of the elevated track, stations, and utility lines diversion points.

The project is progressing according to the approved schedule, with the initial phase slated for completion in the last quarter of 2014, said Adnan Al Hammadi, CEO of the Rail Agency.

The Al Sufouh Tramway, which is being constructed by Alstom-Besix consortium, extends 14.6 km alongside Al Sufouh Road.

The initial phase includes the construction of a 10.6km long track starting from the Dubai Marina and leading up to the Tram Depot near Dubai Police Academy, said Al Hammadi.

The overall tram network comprises 17 passenger stations – 11 of which are covered under phase one. While eight trams will be part of the fleet in the first phase, 17 trams will be added in Phase II, added Al Hammadi.

When complete, the Al Sufouh Tram will be linked with the metro system in three stations along Sheikh Zayed Road and with the Monorail of The Palm Jumeirah.

In February last year, Dubai’s department of finance raised $675 million from a dual-currency loan to complete the first phase of the tram project.