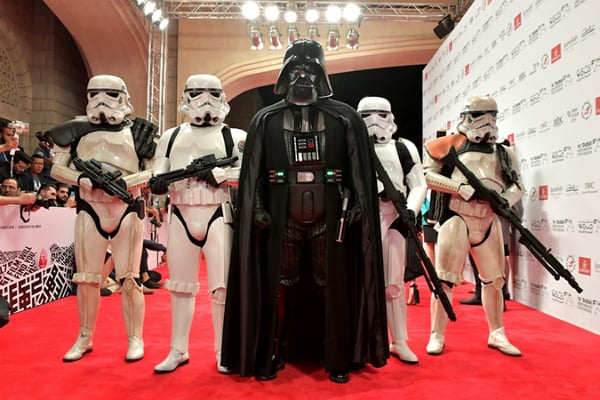 The annual Dubai International Film Festival (DIFF) will no longer be taking place in 2018 as the event organisers move to a new format.

What’s On reports that the 15th edition of the event is now scheduled for 2019.

In statement on Wednesday, DIFF said it was “adopting a new strategy to support the growth and evolution of the film and content industries in the region”.

This will see the event take place every two years as it seeks to utilise new talent and content trends.

“With the vast changes taking place both in the regional and global movie-making and content industry, we are seeking to redefine the Dubai International Film Festival’s approach towards nurturing growth, creativity and talent,” said Jamal Al Sharif, chairman of the Dubai Film and TV Commission.

“As a forward-thinking player in the global film industry, DIFF seeks to embrace the future of the industry through this strategic shift.”

Al Sharif said the final dates, details and the new programme for 2019 would be announced as soon as confirmed.

During its 14-year history, DIFF has held nearly 2,000 screenings and welcomed celebrity guests including Cate Blanchett and Sir Patrick Stewart in 2017.

The cancellation of the 2018 event comes as Saudi Arabia continues to assert itself in the film space after lifting restrictions on cinemas at the start of the year.

On Wednesday night, the kingdom opened its first dedicated theatre in decades under a deal between sovereign fund the Public Investment Fund and US entertainment firm AMC.

A recently formed Saudi film council is also set to participate at the annual Cannes Film Festival next month.