Dubai's F&B Sector Warned It's In A Bubble - Gulf Business 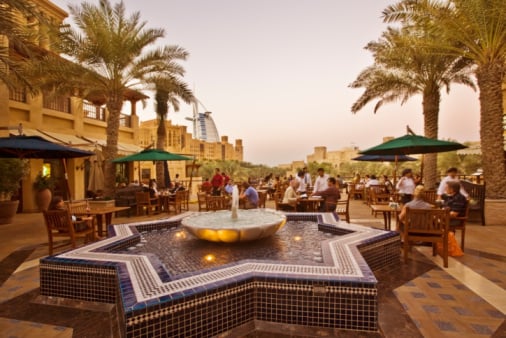 Dubai’s food and beverage sector is going through a bubble that is going to leave many in the industry with a headache.

That’s the opinion of local restaurateur Markus Thesleff, who was speaking to Gulf Business about his latest opening Claw, in Souk Al Bahar, Downtown.

“I don’t think it’s [the F&B industry] doing as well as everyone thinks it is. There are a couple of operators out there who are doing okay, but a lot of people are still hurting,” Thesleff said.

“There are a lot of people moving into the sector at the moment who are just taking brands from abroad, not paying any attention to whether they will fit into the marketplace or the customer.

“Some are trying to create stuff which is admirable but a lot of it makes no sense from a business point of view.”

Thesslef confirms that he thinks the sector is in the middle of a bubble, and he’s certainly been in the region long enough to know what happened last time a bubble burst.

“I’m concerned, the industry is already massively saturated and from what I hear there’s 20 to 30 per cent coming right now to what’s already there.

“There are some big groups and some high-net worth individuals jumping into this sector and they’re just throwing money at it. I think they’re going to wake up with a headache.”

Thesslef recently opened his latest restaurant in the shape of American BBQ crab shack house Claw. The founder of holding group Whissle, the Finnish entrepreneur is also the brains behind Okku, Riva and Sophie’s.

With plans to extend the Okku and Sophie’s brands, launch a new Spanish restaurant, Cielo, in September and a long-scale plan to open a hotel, Thesleff obviously still feels confident in his own businesses despite the bubble he believes the sector is currently going through.

“When I came here it was all retail, retail, retail and now it’s all F&B, F&B, F&B. People see money coming through the tills but they don’t understand that’s not necessarily profit; there are a lot of costs involved.

“If you look at Singapore or some of these other cities they did it over the past 20 years and developed a strong F&B scene. As with everything else that happens in Dubai this is being done at fast forward.

“What should take most companies 30 or 40 years to develop is being done in five years, and it’s happening right now. I think a lot of people are going to wake up with a lot of headaches.”

Read the full interview with Markus Thesleff in the September issue of Gulf Business.