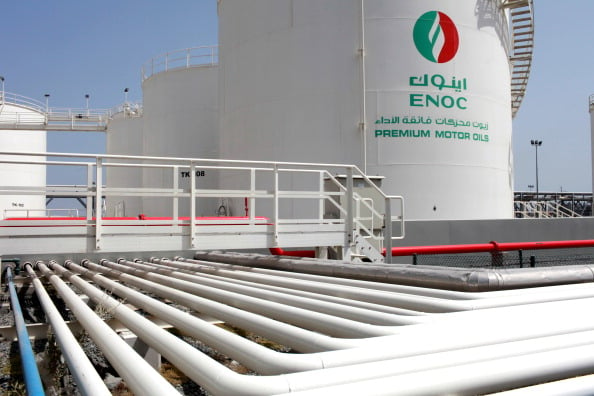 Dubai’s Emirates National Oil Company (ENOC) has secured a $1.5bn nine-year loan from 21 banks to support its expansion plans and provide the energy firm with long term funding, it said on Wednesday.

In a marketing phase which followed, a further 14 local and regional banks joined the deal, which was funded in both United Arab Emirates dirhams and dollars, it said.

Reuters reported in April that the loan was being marketed to banks after receiving commitments from the seven underwriting lenders to fully back the financing.

ENOC on Monday had an offer of 750 pence per share to buy out the remaining shares it doesn’t own in Dragon Oil agreed to by the company, valuing those shares at around 1.7 billion pounds ($2.68bn).