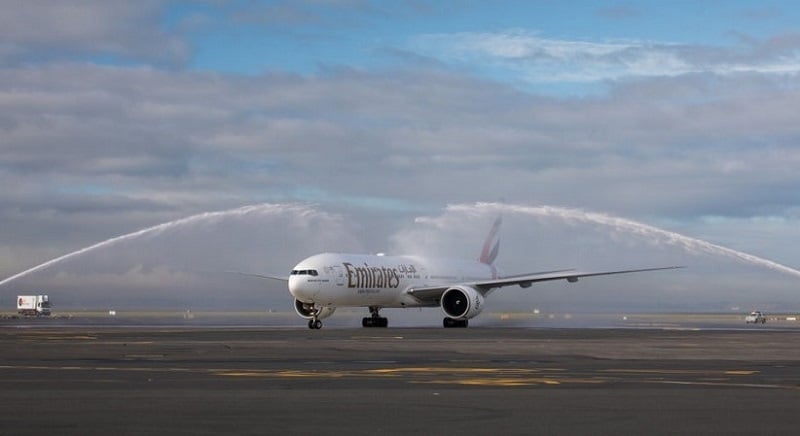 Dubai airline Emirates has launched a new daily service from Dubai to Auckland via Bali, to meet increasing demand in both the cities.

The flight will provide the only ‘year-round non-stop daily service’ between Auckland and Bali, will be served by a 777-300ER. It will offer eight seats in first, 42 seats in business and 304 seats in economy class, as well as 20 tonnes of belly-hold cargo capacity.

The southbound flight, EK 450, will depart Dubai at 7.05am, arriving at Denpasar (Bali) at 8.20pm local time, before flying on to Auckland at 10pm and arriving in Auckland at 10am the following day.

In addition to the new service, the airline also offers two daily flights to Bali in the summer, which are currently operated by a Boeing 777-300ER in a two-class configuration.

The new service will be the first Emirates Bali flight to offer first class seats.

Sir Tim Clark, president of Emirates Airline, said: “We are very pleased to see the interest this new route has created since it was announced in mid-February, reflected in strong bookings from Auckland to Bali and beyond, as well as southbound from our global network.

“Markets such as the UK, Europe and the Middle East have all responded keenly to the new option provided by us opening up this route. Bali and Auckland are both desirable destinations in the eyes of our customers.”

Demand from New Zealand is mainly from tourists seeking to visit Indonesia, which welcomed over 40,500 New Zealanders in 2016, Emirates said in a statement.

The new service will also support increased demand for trade between Indonesia and New Zealand, and will enable Emirates SkyCargo to offer up to 20 tonnes of cargo capacity on the aircraft per flight, the statement said.

According to recent statistics, it is estimated that the total two-way trade between New Zealand and Indonesia exceeds NZ$1.5bn. The service aims to cater to Indonesian exports, imports and transhipments through Denpasar as well as exports from New Zealand including cut flowers, fresh produce and chilled foods including fish.