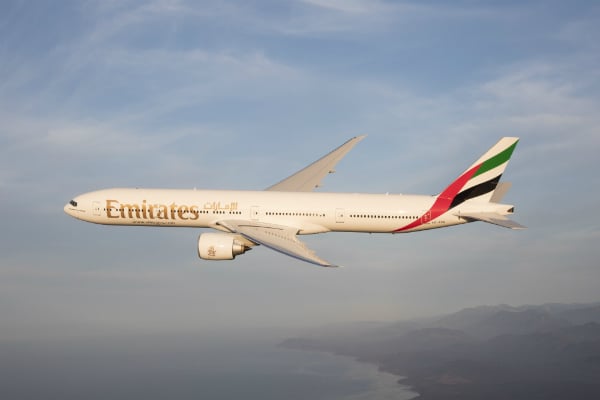 Dubai carrier Emirates has announced plans to begin flights to the Scottish capital Edinburgh on the same day Abu Dhabi rival Etihad suspends its own service.

Emirates said it will start daily flights between Dubai International Airport and the city on October 1 with a three-class Boeing 777-300ER. The plane will have eight first class seats, 42 business class seats and 304 economy class seats.

“Edinburgh is a very popular leisure and business destination, and the new service will offer our customers from across our global network, particularly from key inbound markets such as Asia and Australia, a direct option to the city via our Dubai hub,” said Emirates divisional senior vice president of commercial operations Hubert Frach.

“It will also be a more convenient point for travellers from the greater Edinburgh area, and beyond, such as Aberdeen and Dundee, to travel with Emirates to Dubai and onward to destinations across our network.”

Etihad confirmed it would be suspending flights to Edinburgh and the Australian city of Perth last month as part of a wider review designed to improve profitability.

The airline said it would work with its travel agency partners to accommodate passengers impacted by the changes and book them on alternative flights.

“The cancellation of the Edinburgh route is one of several adjustments that we are making to our network in 2018 in order to improve system profitability,” Etihad said.

The Dubai airline plans to offer a complimentary chauffeur drive service to and from Edinburgh Airport for first and business class passengers and will provide up to 20 tonnes of cargo capacity per flight.

Reports this week have indicated that plane makers Airbus and Boeing are preparing for possible changes to dozens of plane orders from Etihad as it continues on a company-wide review.

The Abu Dhabi state carrier suffered a nearly $2bn loss in its 2016 fiscal year after stake events in other airlines failed to pay off.

It has since cut back routes and grounded some planes but denied reports of mass pilot redundancies.