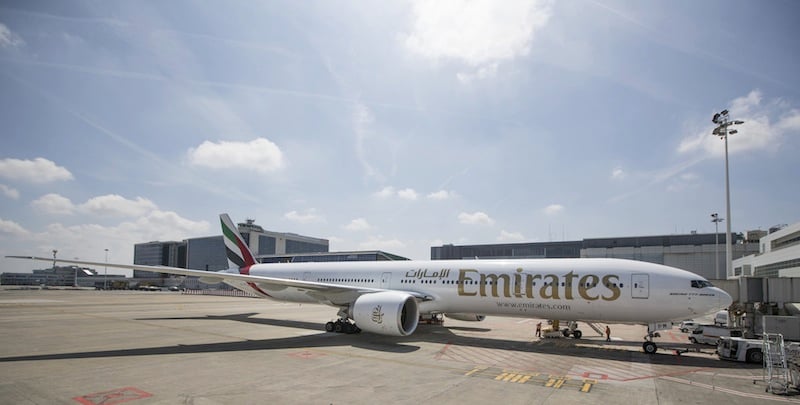 Dubai airline Emirates will introduce an additional daily flight to Brussels from October 29 to meet growing demand for travel on the route, it announced on Wednesday.

Emirates said it has carried over half a million passengers between Dubai and the Belgian capital since launching operations on September 5 2014, with demand ‘continuing to grow both inbound and outbound’.

The new second daily flight will enable easier connections to South African destinations of Johannesburg, Cape Town and Durban as well as Nairobi in Kenya via Dubai.

It will also facilitate easier connections to East Asian countries, such as Bangkok and Phuket in Thailand, Ho Chi Minh City and Hanoi in Vietnam, Bali in Indonesia and Guangzhou in China, a statement said.

The new flight will also offer additional cargo capacity and help to enhance trade links between Brussels and Dubai, transporting pharmaceuticals, perishables such as chocolates and automotive parts from Belgium, Emirates said.

According to the airline, its current daily service contributes some $24m to the Belgian economy, through direct expenditure such as advertising, aircraft handling costs and in-flight catering.

The second daily service is anticipated to “increase that considerably, multiplying the wider indirect benefits of the carrier’s operations and the two flights combined supporting around 3,000 jobs in Belgium”.

Inbound tourism to Brussels is also expected to receive a “significant boost”, with the new flight expected to create “an anticipated 50,000 more tourist arrivals and generating over $110m of tourist revenues for the Belgium economy annually”.

“Emirates is confident its analysis demonstrates that the high potential of the route more than justifies the addition of a second daily service between Dubai and Brussels, both to meet existing demand and to stimulate new growth,” the statement added.