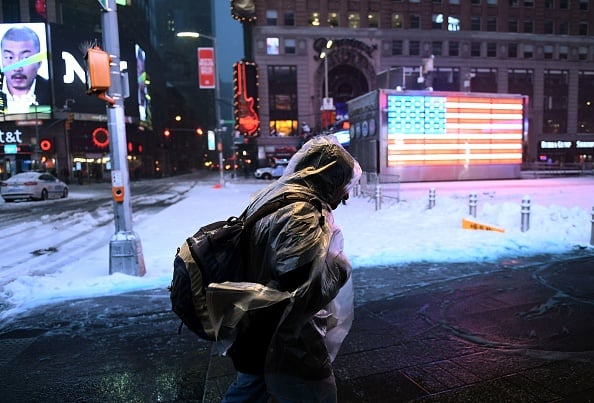 Heavy snow and flooding is expected to hit New York, Philadelphia and other cities from Monday until Tuesday evening.

Among the routes cancelled were Emirates’ new daily service to Newark via Athens, which launched this week.

The carrier said only the section between Dubai and Athens would operate.

Others included the carrier’s direct services to New York JFK and Boston.

The airline’s flights to Washington, New York JFK via Milan and other direct service to New York JFK were also delayed.

Emirates said affected passengers are being rebooked on alternate flights to their destinations.

“We are closely monitoring the situation. We apologise for any inconvenience, the safety of our crew and passengers is of the utmost importance,” it said.

It said EY101 to New York would be upgraded to an Airbus A380 to accommodate passengers affected by the cancellation but warned this too could be delayed.

However, services to Washington and Chicago are operating as scheduled, according to the carrier.

The cancellations came as the UAE Embassy to the US warned nationals on the East coast to stay tuned to local weather alerts.

More than 5,000 flights have been cancelled in the US because of the storm, according to reports.