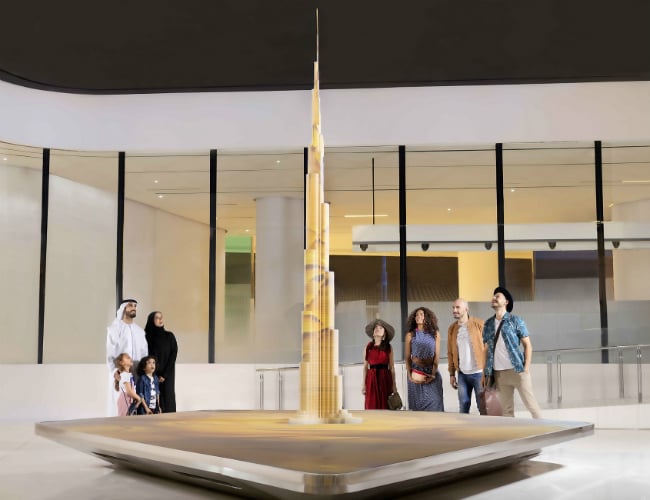 Emaar’s At the Top entertainment unit has unveiled a revamped new entrance lobby and experience for the observation deck of the world’s tallest building, the Burj Khalifa, in Dubai.

The reception area for the attraction on the lower ground floor of Dubai Mall has been expanded to three times its original size and undergone an aesthetic facelift.

It now includes several ticketing counters, digital self-ticketing kiosks, speed gates, an expanded luggage area and a lounge for VIP ticket holders as they wait to commence their tour.

From the entrance lobby, the customer journey to the observation deck has also been “transformed” with gradient glass walls and a four-metre illuminated model of the Burj Khalifa, according to the company.

Visitors will see a ‘movement of art’ on a giant video wall that utilises sensors to determine their location and movement and transfer it into a visual display under the themes of seawater, desert rocks and mosaic motifs.

Guests will then watch a replica of the Burj Khalifa come to life with digital projections in cloud, water, sand and glass and a 24-hour time-lapse of Downtown Dubai before receiving an inspiring message from HH Sheikh Mohammed bin Rashid Al Maktoum, UAE Vice President and Prime Minister and Ruler of Dubai. 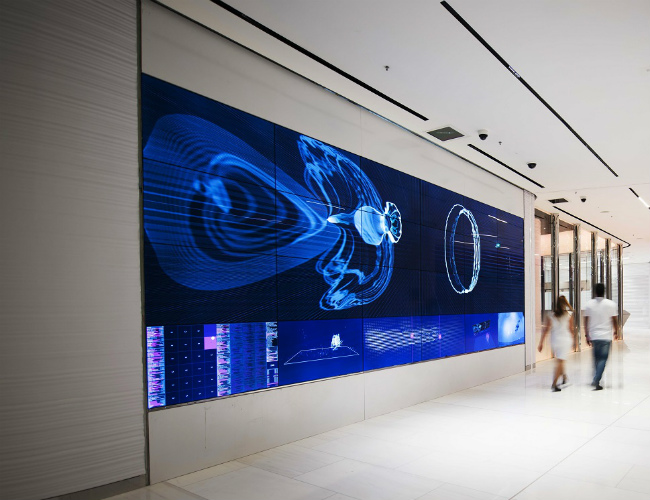 Following this, a digital tunnel will provide audio and visual narration of five key eras of Dubai’s history including the transition phase from 1840 to 1890, the trading era of 1890 to 1950, the modern era from 1950 to 2000 and the city today.

Guests will then take the elevators to the observation deck, following which they will receive a goodbye message in multiple languages when they take a dedicated exit tunnel with a photo booth to collect mementoes and a store to purchase merchandise.

“We have leveraged the latest advancements in digital technology to ensure that every visit, every time, by anyone will assure them delightful surprises. The spacious, aesthetic and digitally enhanced reception will significantly add to the convenience of our visitors from across the world,” said executive director of group operations at Emaar Properties Ahmad Al Falasi.

Emaar has also launched a dedicated app for iPhones and Android devices offering an overview of the attraction and bookings.

The Burj Khalifa is currently the world’s tallest building, standing at 828m in height with 160 habitable levels.

At the Top takes visitors to level 1125, while Burj Khalifa Sky journey spans levels 124, 125 and 148 – making it the highest observation deck in the world.

Emaar is also working on a new structure on the Dubai Creek that will be 100m taller than the Burj Khalifa.