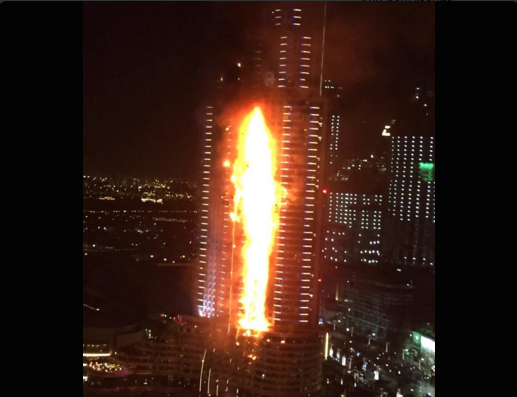 Dubai’s Emaar Properties said on Monday it will recover Dhs1.22bn ($332.2m) from an insurance claim for the Address Downtown hotel which caught fire on New Year’s Eve 2015.

The insurance claim, signed with Orient Insurance, will result in a write back of the Dhs301m provision created in 2015 to cover the incident. The write back will be recorded as income in the quarter ending Dec. 31 2016, according to a bourse statement.

The fire which engulfed one of Dubai’s most prominent hotel skyscrapers ahead of New Year fireworks was caused by an electrical short-circuit, Dubai police said at the time.

Police officials said there had been no trace of any flammable liquids such as petrol at the site of the blaze at the 63-storey hotel and residential block, close to the world’s tallest building Burj Khalifa.

Emaar hired Dubai-based DUTCO Group as contractor to clear and restore the hotel.

Also read: Emaar says Address hotel fire will not have a ‘material impact’