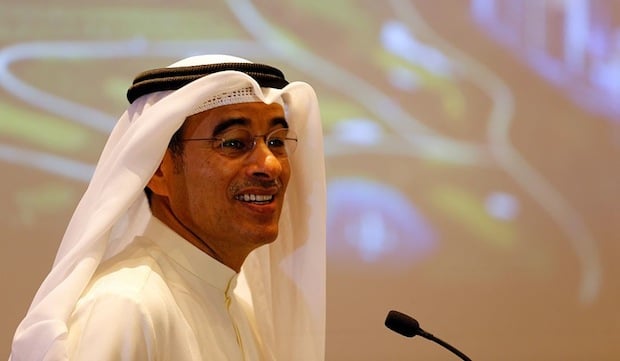 Dubai-based Emaar Properties plans to double its investments in Egypt to 100bn Egyptian pounds ($5.6bn) over the next five years, a local newspaper quoted the group’s chairman Mohamed Alabbar on Tuesday as saying.

Speaking on the sidelines of a hotel opening at Egypt’s north coast Sidi Abdel Rahman area on Monday, Alabbar said Emaar planned to increase the number of hotels in its Marassi project to six by 2021 with a total investment of 6bn Egyptian pounds.

Located some 125 kms (80 miles) west of Alexandria, Egypt’s second biggest city, the Marassi project was originally planned to include more than 3,000 apartments and 600 hotel rooms and suites.

He expected the talks to be finalised within two months, local newspaper al-Mal quoted him as saying.

The UAE investor behind grand projects that include the world’s tallest building, Dubai’s Burj Khalifa, was meant to lead a mega-project to build the new capital 45 km east of Cairo, but Egypt and Alabbar failed to close a deal in 2015.

Egypt’s plan to construct a new metropolis was unveiled in March 2015 at a Sharm al-Sheikh summit, held to lure back foreign investors who fled after its 2011 uprising.

The project, one of several that President Abdel Fattah al-Sisi announced to develop the economy and create badly needed jobs, stalled when the Emirati developer pulled out.

Built to escape Cairo’s overcrowding and pollution, the new capital was initially expected to cost a total $300bn and feature an airport larger than London’s Heathrow.

Emaar Properties did not immediately respond to a Reuters request for comment on the newspaper report.