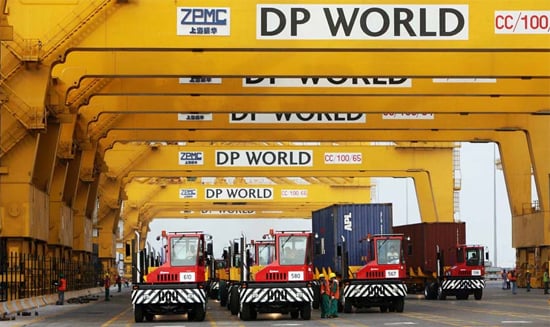 DP World plans to raise $1 billion with a convertible bond issue of 10 years duration on Thursday to fund growth opportunities and diversify its funding sources, the Dubai-based ports operator said in a statement.

The issue is a rare example of an international convertible bond from a Middle Eastern issuer, but comes at a time of spiking convertible issuance among European corporates.

DP World’s debut convertible issue is expected to pay a coupon in a range of 1.5 to two per cent, and will have a conversion premium between 35 and 40 per cent above the reference share price, the bourse filing said.

The reference price will be set according to the volume-weighted average price between the start and close of trading of DP World shares on Thursday. At 0730 GMT, the shares were trading down 3.75 per cent at $19.25.

The deal, aimed at institutional investors, will be priced on Thursday, the company said.

The last major convertible bond sold by a Gulf company was in May 2013 when National Bank of Abu Dhabi completed a $465 million, five-year convertible that was later raised to $500 million. Pricing came with a one per cent coupon and a 30 per cent conversion premium.

JP Morgan is acting as the global coordinator for DP World’s convertible sale and Citigroup, HSBC and UBS are classed as joint bookrunners.