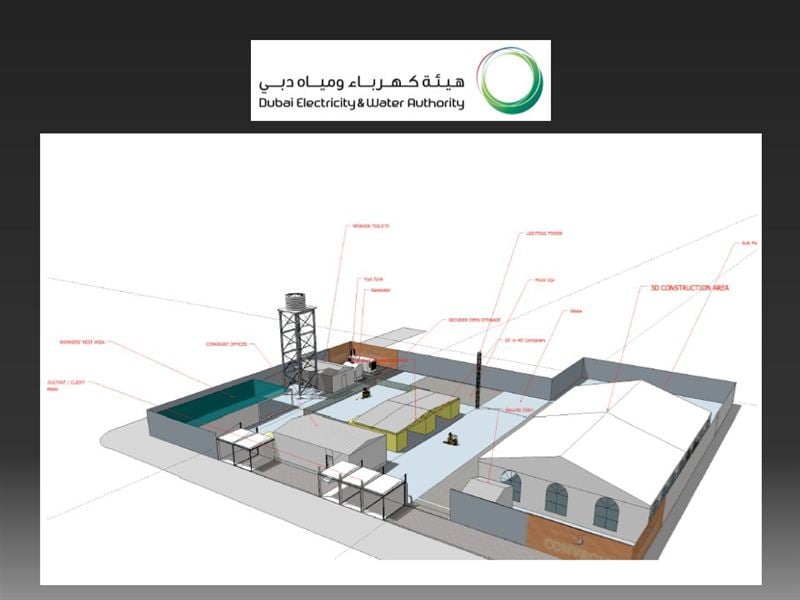 Dubai Electricity and Water Authority (DEWA) has awarded Convrgnt Value Engineering a contract to design and construct the UAE’s first building to be fully printed on-site and the first 3D printed laboratory in the world.

The deal, which follows a tender announced last May, will see the company build the laboratory as part of the Research & Development Centre at the Mohammed bin Rashid Al Maktoum Solar Park.

It will be used to conduct research on drones and 3D printing technology to support DEWA’s projects.

“The construction of the 3D-printed lab, at the Mohammed bin Rashid Al Maktoum Solar Park, reflects our on-going efforts to achieve the directives of our wise government. The Dubai 3D Printing Strategy is a unique global initiative to use technology for the service of humanity, and promote the status of the UAE and Dubai as a leading hub for 3D printing technology by 2030,” said HE Saeed Mohammed Al Tayer, MD and CEO of DEWA.

Convrgnt VIbin Paul said the construction process would involve the use of a system of robotic arms.

“The risks of working in an unshielded open environment have to be addressed and the logistics accurately controlled during the printing operation,” he said.

The drone and 3D printing lab will comprise four sub-laboratories focussed on electronics, software, mechanical systems and prototypes. It will also include an outdoor testing facility.

The electronics lab will be used to conduct electrical design and repair services for drones that can be used by R&D staff and DEWA employees. It will also be used to test avionic systems, flight controls and electric power units.

The software lab will be used to research the design, implementation, analysis and evaluation of software systems in areas including operating systems, mobile computing, cloud computing, virtualization, distribution systems and software engineers.

Elsewhere, the mechanical lab will be used to conduct theoretical and experimental research into the behaviour of certain materials and to develop prototypes for different products.

The flight-testing facility will feature a landing area equipped with sensors and a power, water and a data line.

Practical applications will include research on the use of drones to improve the performance of photovoltaic panels, increase their efficiency and lower costs. DEWA also plans to test different photovoltaic technologies.

The organisation said it had been using drones to monitor its electricity and water transmission and distribution systems over the last three years.