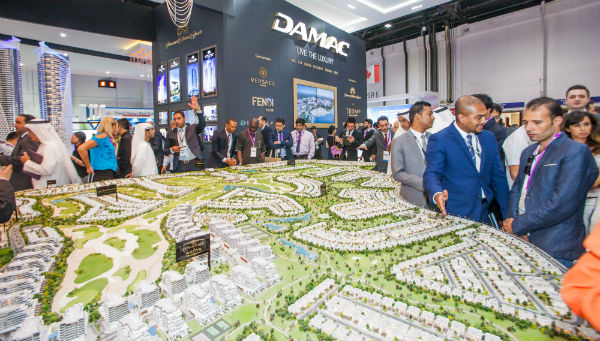 Dubai’s DAMAC Properties reported a 38 per cent fall in first-quarter net profit on Wednesday, despite surging revenue, because of the effect of a big one-off gain a year ago.

The privately run developer, which listed on Dubai’s bourse in January, reported a net profit of Dhs792.9 million ($215.8 million) in the three months to March 31.

That compared with a profit of Dhs1.28 billion in the year-earlier period, when DAMAC benefited from a similarly sized gain “realised on recognition of investment in an associate”, the company’s earnings statement said without giving details of the gain. Quarterly revenue jumped to Dhs1.79 billion from Dhs573,000 a year earlier.

DAMAC later said the first-quarter and year-earlier profit figures were not comparable, because the company had acquired its real estate operating interests, named DAMAC Real Estate Development Ltd, only in the second half of 2014.

The first-quarter profit of DAMAC Real Estate rose three percent from a year earlier to $215.8 million, the company said. Revenue rose 11 per cent to $485.9 million.

DAMAC said it would pay at least two dividends for 2015: a half-year payout worth 10 per cent of capital followed by a final 15 per cent payout for the second half of the year. It plans to pay at least 25 per cent in dividends in 2016 as well.

In February, Damac proposed only a 10 per cent bonus share issue for 2014.

“When we gave bonus shares there were a lot of questions from investors – we felt we should explain our dividend strategy for the coming two years,” DAMAC chairman and chief executive Hussain Sajwani told Reuters.

Earlier this month, DAMAC signed a deal to acquire 20 per cent of a 50-storey mixed-use tower to be built in London’s “zone one” area, the central part of the city, Sajwani said, declining to provide further details.

“We have a lot of customers who are interested in London, so it’s part of our strategy to move to that market,” a DAMAC spokesman said.

The company has no plans to raise fresh debt, Sajwani added. It had gross debts of $798 million and cash and bank facilities of $2.19 billion as of March 31.