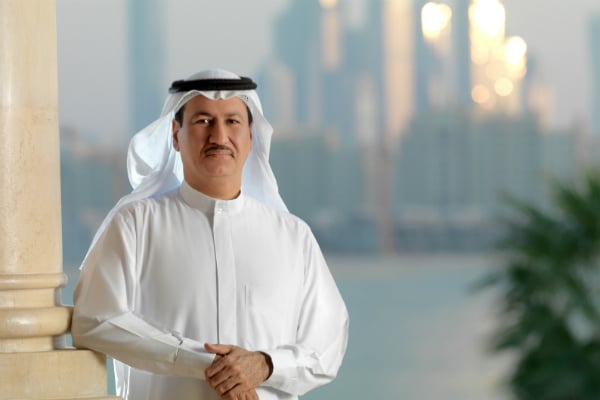 Dubai-based property developer Damac will exceed its targets for sales and handovers this year, the company’s chairman has said.

Hussain Sajwani told Gulf Business the company, which opened a golf course earlier this year in partnership with the Trump Organisation, would likely beat its forecast amid flat market conditions.

Real estate consultancy CBRE said last month that residential sales values in the emirate were down 1 per cent in the third quarter.

“We have forecasted Dhs7bn ($1.9bn) of sales, I think we’re going to exceed that. We are on target with our profitability, we are very much on target on our handover,” he said.

It also delivered 1,923 units, including its first projects in Riyadh and Amman, and is forecasting 2,800 deliveries by year-end.

Handovers are expected to increase into next year with 5,500 unit deliveries forecast in the second half of 2017 and first half of 2018 combined.

This momentum has not necessarily been reflected in the company’s profitability after it posted its third consecutive profit decline in the third quarter, with a 20 per cent dip in the July-September period to Dhs719.34m ($195.86m).

Sajwani said the company’s lower profit came in part due to smaller margins on some of its international projects in Saudi Arabia, Qatar and Lebanon completed over the last year.

The company has indicated the trend is unlikely to continue as it moves to finish projects including a second golf course under the Trump brand towards the end of 2018.

“They are helping us on the design and construction of a second golf course and the team has been excellent. So from that point of view they add a lot of value to us,” Sajwani said.

The chairman also indicated that Damac was increasingly looking outside of Dubai for new projects after being selected to develop the $1bn Mina Sultan Qaboos Waterfront in Oman in June.

Sajwani revealed he was among the attendees at last month’s Future Investment Initiative conference in Saudi Arabia where the kingdom announced $500bn mega city NEOM.

“Saudi is a big market and we would love to take part in that,” he said.

The chairman added that Damac was also looking “quite aggressively” at parts of Europe after he was hosted by the governments of Croatia, Malta and Montenegro earlier this year.

The company is currently studying different European projects and expects to make an announcement in 2018, he indicated.