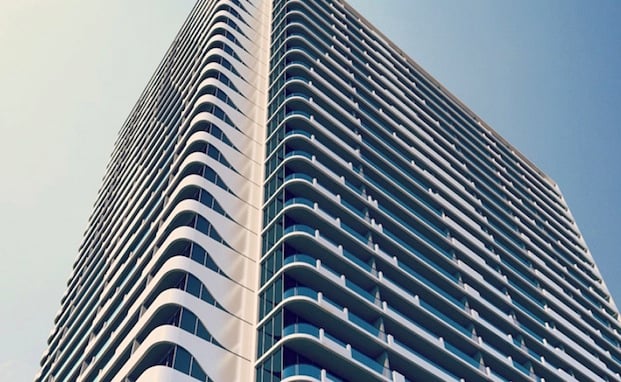 Dubai developer Damac Properties has awarded a contract worth approximately Dhs200m for main works at its Merano Tower project in Business Bay, it announced on Wednesday.

The contract has been awarded to Commodore Contracting.

Merano Tower, a 29-storey residential project, includes a basement level, ground floor and three podiums with 26 floors of apartments varying from studios, to one, two, and three-bedrooms. It also includes a swimming pool, a gymnasium and parking space.

So far, the substructure works at the tower are complete, excavation works are in progress up to raft level and the de-watering system is connected.

The tower is slated for completion in 2019.

Residential units are priced from Dhs575,000 onwards, the statement said.

When launched in September 2015, unit prices at the Italian-inspired luxury development were priced slightly higher, at Dhs611,000.

The Dubai property market has slowed down in the last two years, with property prices down by at least 5 per cent in 2016, according to reports.

Transactions data from Dubai Land Department released in January showed that Dhs259bn of property deals were conducted last year, down 3 per cent on the Dhs267bn seen in 2015.

However, in a recent report, consultancy Knight Frank said it expects the market to pick up again this year.

“We expect the residential property market in Dubai to gradually recover in 2017 with a potential uptick in sale prices and rents from mid-2017 onwards,” the report said.

“Government commitment to spending on infrastructure and facilities, along with the realisation among developers for the need to phase out projects in line with demand, lead us to believe the real estate market in Dubai has become more mature and resilient,” it added.