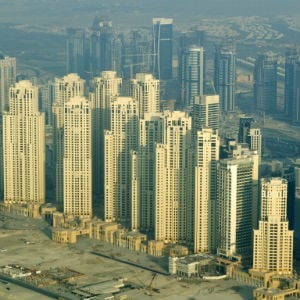 Commercial real estate in Dubai has gained traction in the third quarter of 2012, recording “robust growth” in leasing deals and enquiries since the beginning of July, according to a new report by Hamptons MENA.

There is an increase in demand for office space in areas such as Downtown Dubai and Dubai International Financial Centre (DIFC), mainly because of two factors, said the report.

“Large corporations are continuing to show interest in upgrading their premises with more flexibility in terms of leases, and limited new supply is entering the market,” it said.

Niraj Masand, head of Operations, Hamptons MENA, said: “Large investors have started to draw their attention to the UAE’s property market, in particular the Dubai commercial property market as a source of stable returns.

“Investors are more interested in buying commercial property that is currently occupied by tenants as a source of definitive returns on their investment.”

“Short-term annual renewable leases have been replaced with long-term leases often in excess of three years, offering more security and consistency to both the tenant and the landlord,” it added.

The restrictions on free zone businesses in the emirate have also become less stringent and licensing has been made easier, prompting a number of multinationals to rent commercial property, said Hamptons.

Earlier this year Dubai Economic Department (DED) announced that it would implement a ‘120-days hassle-free license’ initiative, aimed to give businesses in Dubai a head start and promote the emirate’s competitiveness, by the end of 2012.

“The new initiative will allow investors to have their licenses issued immediately from DED depending on the risk factors of the intended business activity. This, in turn, is expected to further drive demand for commercial real estate in Dubai,” the report said.

Masand added: “The growth trend of the commercial sector is a strong demonstration of Dubai’s positive growth across all sectors of its economy. The city is underlining its credentials as a tourism and business hub, and this is reflected in the strong demand for commercial space.”