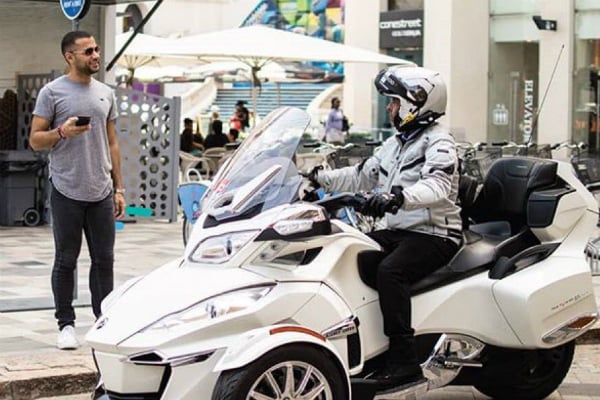 The taxi bikes, made by Bombardier Recreational Products, were first unveiled at a conference last month. They are intended to be a last-mile public transport option for travel to metro and tram stations.

The service currently only operates in Dubai Marina and Jumeirah Beach Residence between 7:00am and 10:00pm, according to What’s On.

One likely appeal for users will be the ability to squeeze through the lengthy traffic jams that hit the areas during evenings and weekends.

Those interested in the service can book it on-demand via the Careem app, Dubai Taxi Corp tweeted this week.

Passengers are provided with a helmet and take a seat behind the driver.

Careem followed rival Uber by changing its fare structure for some trips in Dubai this week.