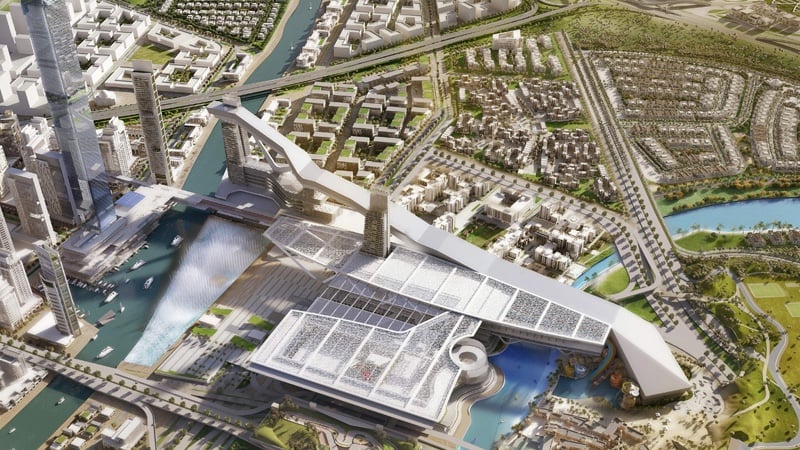 Dubai-based Azizi Developments has awarded a contract worth Dhs952m for the construction of phase three of its Dhs12bn mega project Azizi Riviera, it announced on Wednesday.

Prestige Constructions has been appointed to build 13 mid–rise buildings with mixed heights of eight or 10 floors, which face the Dubai Canal and the boulevard.

Designed to resemble the French Riviera, the Azizi Riviera project in Meydan One includes 69 mid-rise residential buildings comprising studio, one-bedroom and two-bedroom apartments, a mega integrated retail district and a four and a five-star hotel.

Earlier this month, the developer confirmed that the first two phases of the project are on track for completion in Q1 2019 – slightly later than the December 2018 previously planned.

The construction is expected to rise above ground soon, a statement said.

Spread over a construction area of 33 million square feet, the development includes 105 mid and high-rise residential buildings with 30,000 units of studio, one, two, three and four bedroom apartments, a retail district and two hotels.

Earlier this week, the developer also announced that it will begin construction on a 122-storey commercial and residential tower in the third quarter of 2018.

Once complete, the building will stand at approximately 570m tall on Sheikh Zayed Road and will be among the biggest skyscrapers in Dubai, the developer said.

The tower is being developed at a cost of Dhs3bn and will house residential apartments on the first 100 floors and a luxury hotel on the remaining 22 floors.

Overall, Azizi Developments is working on developing more than 200 projects in 2018.