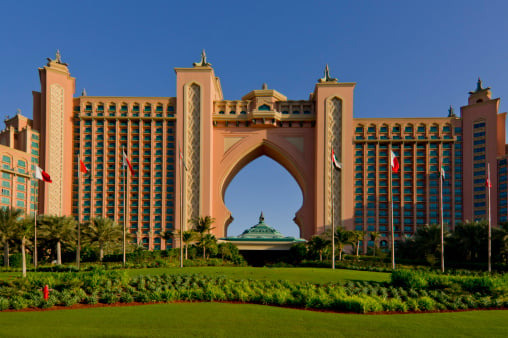 Dubai’s Atlantis, a luxury hotel situated at the top of a palm-shaped manmade island, refinanced an $880 million loan to take advantage of favourable market conditions and secure a better interest rate, the company confirmed to Reuters on Thursday.

As well as reducing the borrowing cost, the loan was also increased in size to $1.1 billion, according to banking sources.

The facility is the latest example of state-linked entities in the emirate using improved market sentiment toward Dubai and the high amount of cash in the local banking system to lower their borrowing costs, often on loans which still had much of their existing lifespan remaining.

Atlantis’ new seven-year loan will pay an interest rate of 375 basis points over the London interbank offered rate (Libor), one of the banking sources said. This is down from the 500 bps paid on the original five-year loan signed in September 2013.

“In line with common market practices, we refinanced the loan to take advantage of the favourable market conditions,” said a spokesman for Investment Corporation of Dubai (ICD), the sovereign fund which acquired Atlantis in December 2013.

The loan, which consisted of a $750 million conventional tranche and a $350 million piece compliant with Islamic finance principles, was provided by Dubai Islamic Bank, Emirates NBD, National Bank of Abu Dhabi and Standard Chartered, the banking sources said.

Several Dubai businesses have taken advantage of a resurgent local economy and a renewed willingness by banks to lend to government-linked companies to negotiate better deals on loans signed in the aftermath of the emirate’s debt crisis in 2009.

In September, Dubai Duty Free repriced a $1.75 billion loan for the second time in just over a year to obtain more favourable terms.

Ports operator DP World refinanced and tripled in size a $1 billion loan with most of the lifespan remaining in July to secure better pricing.

Atlantis was acquired by Dubai’s state-owned flagship holding company for an undisclosed sum from fellow state-owned firm Istithmar World. ICD has stakes in some of the emirate’s most high profile brands including Emirates airline, Emaar Properties and lender Emirates NBD.