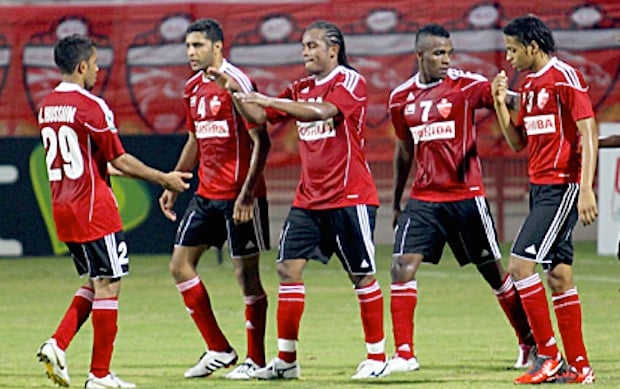 The chairman and board members of the Al Ahli Sports Club in Dubai have been dismissed from their roles with immediate effect, it was announced on Sunday, January 1.

They were relieved of their duties under a resolution issued by the Vice President and Prime Minister of the UAE and Dubai’s ruler, Sheikh Mohammed bin Rashid Al Maktoum, official news agency WAM reported.

The resolution, which took effect on December 31, also relieved them from other affiliated companies of the football club and those under its supervision.

Sheikh Mohammed set up an interim committee which will have the authority to manage and regulate affairs of the club, the Ahli FC company and all its other assets and investments, the report said.

The committee will be chaired by Khalifa Seed Sulieman, who will outline the powers and functions of the members.

Under the resolution, the committee, whose initial term is set at six months – subject to renewal – may seek assistance from other experts.

The committee will manage the banking accounts and contracts of the club, its subsidiaries and those under its supervision.

It will also formulate sub-committees and work teams – either from within its members or outside – to help it discharge its duties, perform all tasks and functions in the club’s relations with other sports institutions, and approve regulations, rules and resolutions to develop the club.

The resolution urged all persons – including former members of the board, employees at the club, company and subsidiaries to fully cooperate with the committee.

It also called on the committee to submit a periodic report to club’s chairman and board.

One of the oldest clubs in the country, Al Ahli Club was founded in September 1970 following the merger of the Al Wahda and Al Shabab clubs. After four years, the Al Najah Club also merged into it.

The team won the Arabian Gulf League championship trophy for the 2015-2016 season.