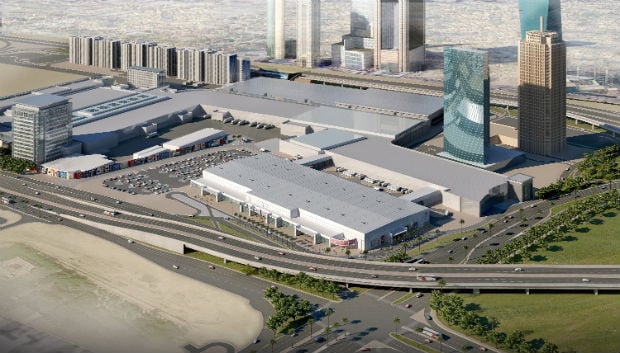 The extension will expand the available multipurpose indoor capacity to over 122,000 square metres, catering to the next five years of portfolio growth and accommodating Dubai’s growing business tourism traffic, DWTC said.

Adjacent to the existing Zabeel Hall complex, three new halls – named Zabeel 4, 5 and 6 – will form the extension beyond Halls 1, 2 and 3.

Construction is expected to commence later this month with the new space becoming operational from Q1 2016.

This infrastructure expansion will improve the venue’s ability to host more events concurrently – an important aspect in achieving Dubai’s target of 20 million international visitors by 2020.

The three new halls will offer four meeting rooms and house their own VIP majlis spaces and organiser offices, with services and amenities including medical zones and food & beverage outlets.

The expansion will also add a new 300-vehicle car park that can be transformed into a 6,000 square metre (64,600 square feet) tented temporary event area, bolstering capacity when required.

“At DWTC, we have witnessed strong year-on-year growth, an increase in quality visitor footfall, and rise in space demand from top-tier exhibitors across all major trade-shows and the strategic sectors within our calendar,” said Helal Saeed Almarri, director general of Dubai Department of Tourism and Commerce Marketing, in his capacity as CEO of DWTC.

“This consistency in performance in the context of a very sluggish global economy has had an extremely positive impact, fuelling increase in the emirate’s share of the international MICE market.

“Dubai’s location and connectivity infrastructure remains a strategic lever, allowing industries access to nearly two billion people in some of the world’s fastest growing markets, all within a four-hour flight radius.”

A key component of Dubai’s business tourism ambition, DWTC has hosted major tradeshows such as Cityscape Dubai, Arab Health and Gulfood while setting stage for smaller events all year round.

According to a recent study by events organiser Pacific World, the UAE, and Dubai specifically, emerged as one of the most popular destinations for MICE in Europe, Asia and the Middle East in 2014.