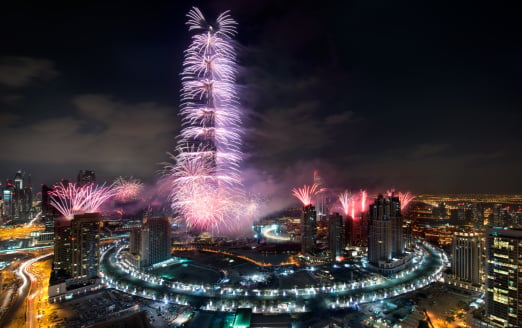 The UAE has won the bid to host Expo 2020, beating rivals Ekaterinburg, Russia; Izmir, Turkey; and Sao Paulo, Brazil, it was revealed on Wednesday evening.

The decision was announced following a vote by the 168 member nations that form part of the Paris-based Bureau International des Expositions (BIE), which oversees the bidding, selection and organisation of World Expos.

Sao Paolo was eliminated in the first round of voting, Izmir was voted out in the second round, and Dubai easily emerged as the winner in round three beating Ekaterinburg with 116 votes.

A World Expo, held once every five years, is a giant international fair, where global players gather to share innovations and discuss issues such as the global economy, sustainable development and improved quality of life for the world’s population.

The first expo was held in London in 1851, and since then the event has been hosted in cities across the world. But Dubai will be the first city in the Middle East and Africa region to host an expo.

Dubai was considered a favourite to host the mega event since it announced its bid, with heavyweights such as the UK, Canada, Italy and the Netherlands pledging their support for the emirate.

The emirate’s theme for the expo, ‘Connecting Minds, Creating the Future’ has been widely praised and commended, and will be presented via three sub-themes – Mobility, Sustainability and Opportunity.

Winning the expo is also expected to hugely boost Dubai’s economy, with the city estimated to attract over 25 million visitors during the six-month long event.

Infrastructure development is already underway and, by 2020, the emirate will have the new Al Maktoum airport, a bigger Jebel Ali port and the upcoming Etihad Rail.

The knock-on effect of the win is also predicted to generate 277,000 jobs for the region and accelerate development in sectors such as real estate, tourism and hospitality.

In the midst of all the hype leading up the event, there has been some concern about whether a successful bid will lead to the creation of an economic bubble in the emirate.

But speaking to Gulf Business earlier this week, the UAE Minister of Economy, Sultan bin Saeed Al Mansouri asserted the country was taking steps to ensure that there will be no bubble and that the impact of a win on the economy will be “positive.”