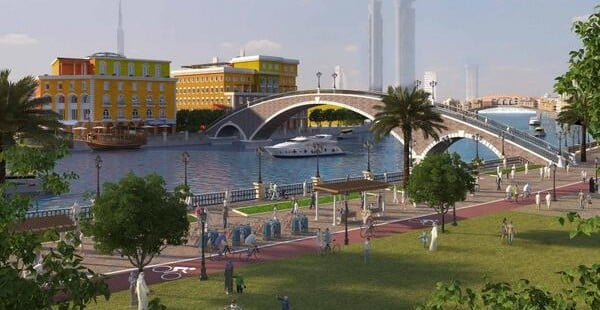 Dubai’s Roads and Transport Authority (RTA) has confirmed that 33 per cent of the construction on its Dhs2 billion water canal project has been completed, and that the project is proceeding on schedule.

The RTA has now opened phase II of the main traffic diversion works on Al Wasl Road near Safa Park, to make room for building new bridges in the area, it said in a statement.

“Works include opening a main traffic diversion on Al Wasl Road with the same number of lanes of the existing road, besides widening Al Bili Road to make it a dual carriageway to divert traffic there instead of Al Athar Road, which will be partially closed,” said Maitha bin Udai, CEO of RTA Traffic and Roads Agency.

A service road will be provided to serve the local traffic through Al Baqqara Road, she added.

“The diversion will be fitted with all traffic safety means such as signals, directional signs with cautionary lights, street lights and concrete barriers to enhance the protection and separate the traffic movement from project works areas.”

She also confirmed that work is progressing on constructing bridges on Al Wasl Road, and that utility ducts have already been laid out underneath the course of the proposed canal on both sides of the road.

“In parallel with these diversions, construction works of bridges on Jumeirah Road are set to start, and work is currently underway in preparing layouts of traffic diversions of Jumeirah Road which are expected to start next July,” she added.

The 3.2km long water canal project, which has a completion date of 2016, will run from Business Bay into the Arabian Gulf, crossing past Safa Park and Jumeirah.

The project has been divided into three phases – phase I includes the construction of bridges above the water canal on Sheikh Zayed Road comprising eight lanes in each direction. The bridges will rise eight meters above the water level.

Phase III comprises the drilling of the canal, filling an artificial island towards the seaside, building a marine barrier around the island to lay a sand beach, constructing a marina, a dock station for the Water Bus, and three footbridges.

Touted to be a major tourist destination when complete, the project will feature a new shopping centre, four hotels and 450 restaurants as well as luxury housing and cycling paths.

It is expected to provide new areas measuring 80,000 square metres for public places and facilities, as well as private marinas for boats and a new trade centre at the entrance of the canal.