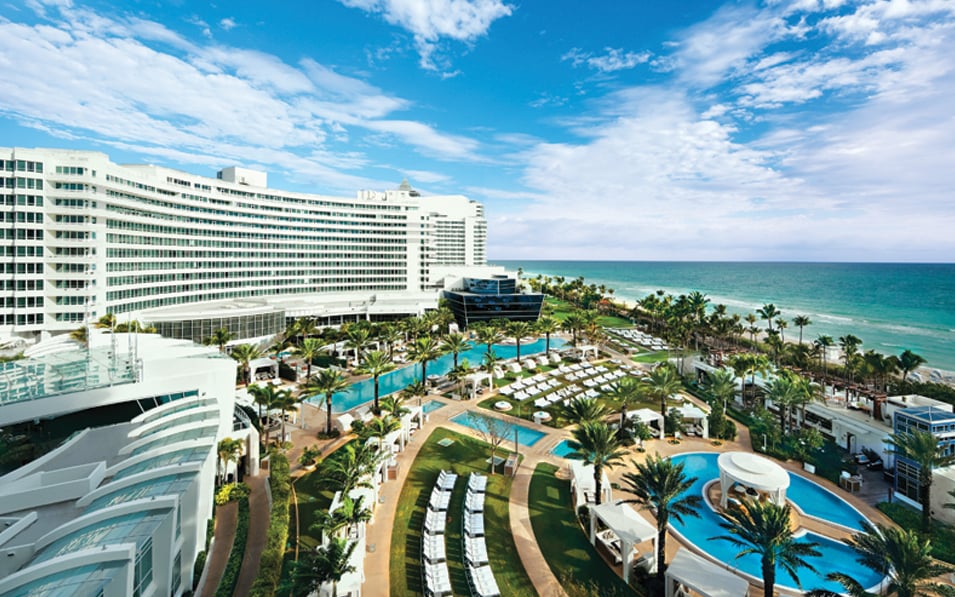 Dubai World, the state entity that restructured $25 billion of debt in 2011, is in the final stages of selling its 50 per cent stake in Miami Beach’s Fontainebleau hotel to South Florida developer Turnberry Ltd, three sources aware of the matter said.

Turnberry, owned by South Florida’s Soffer family, is Dubai’s joint-venture partner in the hotel with the remaining 50 per cent ownership.

The sale, once concluded, will be Dubai World’s second major asset disposal this year after the disposal of UK logistics warehouse developer Gazeley by Dubai World subsidiary Economic Zones World (EZW) in June.

One source aware of the talks said that a deal was expected to be signed in few weeks. The sources asked to remain anonymous as the matter is not public.

The sources did not disclose a value for the transaction.

A Dubai World spokesman declined to comment on the sale.

Dubai World had in 2008 paid $375 million for a 50 per cent stake in Fontainebleau Miami Beach.

The resort, which borrowed more than $620 million to fund a restoration programme before it reopened in November 2008, had to restructure the loan in 2010. Dubai World offered $100 million of new equity to lenders as part of a debt restructuring plan.