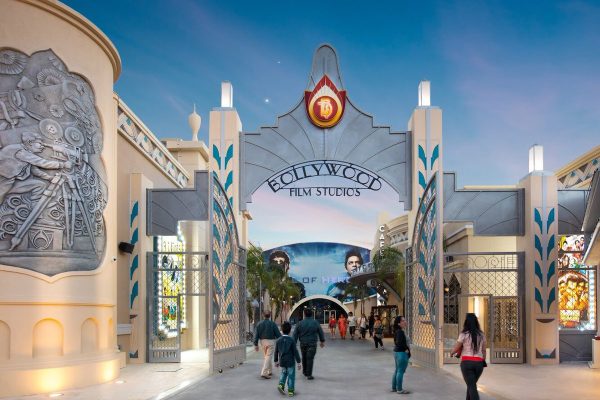 DXB Entertainments, operator of theme park attraction Dubai Parks and Resorts, has entered into a partnership with Dubai Airports to promote the attraction to passengers.

The deal comes amid reports the operator’s stock could be set for a further slump after tumbling more than 30 per cent so far this year due to disappointing visitor numbers.

Bloomberg reports that the decline in market value, with the company’s shares down 75 per cent on their 2016 peak, could prompt index compiler MSCI to remove the stock from its emerging market index next month.

DXB Entertainments is one of 11 UAE stocks included on the index.

Dubai Parks and Resorts, which includes Bollywood, Hollywood and Legoland theme parks, reached a deal with creditors to restructure $1.14bn of debt in late March after visitors numbers fell short of expectations.

Footfall was up 45 per cent during the first quarter of the year to 851,000, DXB said earlier this month, but it is expected to be lower during the summer months when temperatures can reach up to 50 degrees celsius.

Under the Dubai Airports deal, Dubai Parks and Resorts will be promoted at all Dubai International Airport’s concourses. There will also be Dubai Parks branded family zones, retail locations selling its products and direct market initiatives.

The airport is expected to handle 90 million passengers this year compared to 88.2 million in 2017.

“We believe our presence at the world’s busiest international airport will drive maximum engagement and recognition amongst the estimated 88 million passengers travelling through the airport,” said Mohamed Almulla, CEO and MD, DXB Entertainments PJSC.

“Our dedicated media solutions and immersive concepts will be strategically positioned throughout Dubai International passenger concourses, adding an element of surprise and entertainment to passengers’ journey through the airport, and giving them a glimpse of what awaits them at Dubai Parks and Resorts.”

Earlier this month, Dubai’s transport authority said it would also be introducing a new bus route from Ibn Battuta Mall metro station to the Dubai Parks and Resorts location under wider efforts to revive the attraction.

The plans come as competition in the regional theme park scene is heating up.

A Warner Bros themed indoor attraction is preparing to open in Abu Dhabi this summer and Saudi Arabia is embarking on its own theme park plans as part of an entertainment drive.