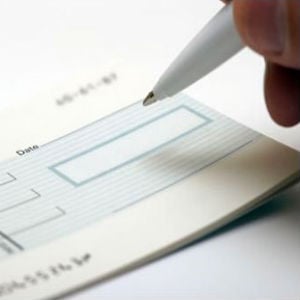 Residents in Dubai no longer have to pay a single cheque to cover their rents as most landlords now offer two, four or even six cheque deals, according to a new survey by propertyfinder.ae.

The survey of 3000 brokers said that more than half of them believed four cheques to be the benchmark for renters. Two cheque deals were second in popularity, followed by three cheque agreements.

Only six per cent of the respondents said they still believed one cheque to be the norm.

“The findings of the propertyfinder.ae survey show that there has been a shift in attitude in the rental market with landlords now willing to be more flexible with prospective renters as supply outstrips demand,” said Renan Bourdeau, managing director, propertyfinder.ae.

During the first quarter of the year, around 3,000 new residential units were added to Dubai’s property market, bringing the total residential stock in the emirate to around 341,000 units, according to a recent report by Jones Lang LaSalle (JLL).

While Dubai’s rental market is starting to witness a positive trend, apartment rents are still up to 30 per cent lower compared to their peaks in 2008, JLL said, quoting Reidin’s rent indices.

“I would say 90 per cent of all deals are completed this way [with four cheques],” said Michael Burke, managing partner at Arabia Escapes.

“Landlords, like tenants, over the past couple of years have matured and are better educated in the market. Their priorities have also changed somewhat – now it is not just a case of how many cheques a person can offer, but what type of person they are.

“Landlords want to be sure that the potential tenant will look after and care for it and will not be calling every time a light bulb needs replacing. They also want someone who is amicable to deal with,” he said.

However, agents say some tenants prefer one cheque deals.

“Dubai is a free market and tenants benefit from negotiating lower annual rents by agreeing to pay in one cheque,” said David McCormack, group operations director at Olive Property Group.

“We deal mainly with large multi-national companies and they still pay one cheque and are happy to do so,” he added.