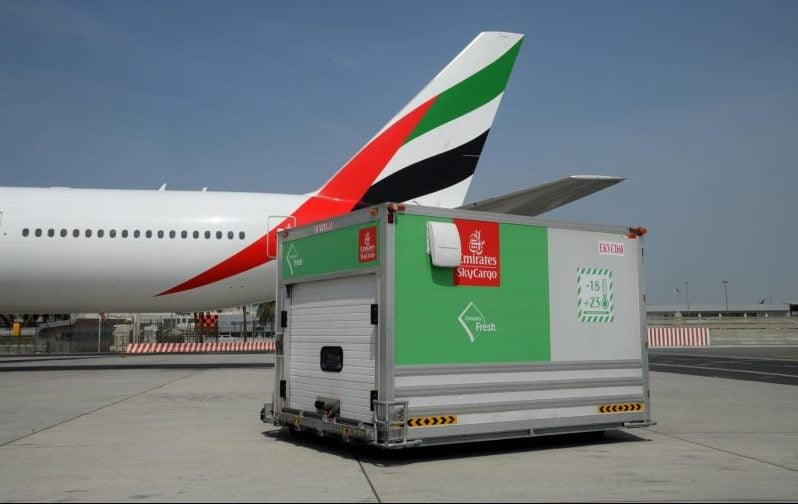 A Dubai-based startup has begun a new partnership with Emirates’ cargo division to ship salmon from around the world to the UAE and wider Middle East.

Seafood Souq is a Dubai-based company that has created an online B2B marketplace application that helps seafood buyers source products from across the globe. In addition to streamlining the traditional model of sourcing seafood, the application also allows for improved quality and traceability of the food being transported.

The company says better information sharing facilitated by the platform means there’s less of a possibility of issues such as the mislabelling and expiry date of seafood.

READ: How the UAE is leading the charge in food security

Seafood Souq’s new deal with Emirates SkyCargo will allow fresh seafood from markets such as Chile, Cyprus, Chile, Norway, Scotland and the United States to be shipped to customers in the UAE and the Middle East. The company says although the UAE and Middle East are the first regions they will focus on, there are plans to eventually take the concept worldwide.

“The core aim of Seafood Souq is to provide access to fresh products in the quickest possible time by connecting customers to suppliers and allowing produce to be dispatched on the day that the order is received,” says Seafood Souq CEO and co-founder Sean Dennis.

“Working with Emirates SkyCargo was the naturally obvious choice for us because of the network and frequency of flights offered by them. Not only does Emirates SkyCargo have a good frequency of flights into all the key global origin and destination markets for seafood, but they also have the cool chain infrastructure and capabilities that allows seafood to retain its freshness during the journey.”