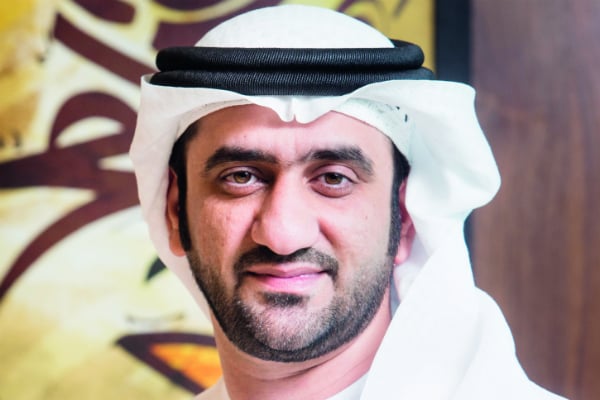 No period in the history of urbanisation has been more dynamic, fascinating, innovative and important than today. And in the past few decades especially, the transition of cities has been profound.

In an era of massive urban development, smart technology and new concepts in city planning, the ‘concrete jungles’ of the past are being reimagined and reorganised to focus on an essential truth – happiness.

There is a growing global awareness about using happiness and wellbeing as the primary indicator of the quality of human development. And it is this growing interest that has prompted governments, communities and organisations to explore the concept of happiness in the political and urban planning space.

Today, happiness and wellbeing plays a critical role in town planning and urban development projects. In 2016, an estimated 54.5 per cent of the world’s population lived in urban settlements, and by 2030, urban areas are projected to house 60 per cent of people globally, with an estimated 41 mega-cities with more than 10 million inhabitants.

Oftentimes, however, the residents of the city can be lost amidst the structures and ignored in the urban sprawl. Their daily struggles of living, working and commuting can be an all-consuming exercise, leaving them with very little time.

This is a scenario that does not need to be commonplace, argues Ahmed Al Ansari, Acting CEO of Dubai South – a development that has been billed the ‘happiest city on earth’.

“What if there is a dynamic new city, fundamentally different from anywhere else on earth. A city centred on the human and designed around you. A values-driven, community-based city rather than one that was product-driven. A city that understands the way you live, work, commute and do business?” he asks.

“Embodying the vision of His Highness Sheikh Mohammed bin Rashid Al Maktoum, Vice President and Prime Minister of the UAE and Ruler of Dubai, Dubai South is the first master planned city in the world that is centered around happiness and purpose built as the ‘City of You’,” he adds.

“Rooted in the overarching societal themes of the Dubai Plan 2021, at Dubai South we are reinventing the urban ecosystem and experience, offering a city designed primarily on the happiness and wellbeing of its people, with the aim of providing solutions for everyday living.”

Dubai South – located around the emirate’s Al Maktoum International Airport – ultimately aims to host a population of 1 million people, as well as creating half a million jobs and numerous investment opportunities. And for those living, working or operating within Dubai South, the generation of happiness has been placed at the core of the city’s development and core offerings.

“The battle for the shape and soul of cities is reaching critical mass,” says Al Ansari.

“We are rewriting and reorganising the systems that hold cities together and rewriting the rules that dictate the shape and function of our processes and offering.”

Market studies, research, surveys and a deep understanding of the typical pain points of residents prompted Dubai South to map a city that offers its people solutions for everyday living. 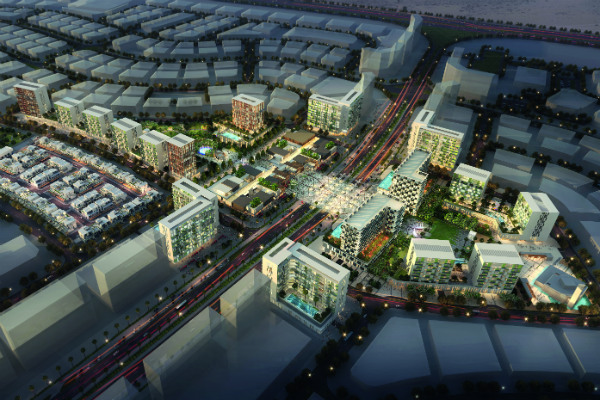 As such, the development offers a pedestrian-friendly layout that promotes walkability, multiple entry and exit points to ease traffic congestion, and good design practices to create aesthetically contemporary spaces using sustainable materials. Adding to this, living spaces are blended together to enhance the community living experience.

One of the eight key districts of Dubai South, the Residential District has been master planned to offer world-class community living within an urban environment. The Residential District is a forerunner in globally-shifting real estate development philosophies, where residents are gravitating towards the increasing desirability of walkable neighbourhoods – a desire that brings region-specific challenges such as high outdoor temperatures for much of the year.

The central design philosophy behind the Residential District is ‘the model city for urban living’, which is the cornerstone of Dubai South’s promise to create a master planned city where residents can live, work, play, shop, and learn.

Al Ansari says: “An innovative concept in urban living, the Residential District aims to create a city that is based on the happiness and wellbeing of people, offering all necessary amenities from a retail centre, a sports centre and a community centre to a school, gas station, hospital, mosque, nursery, mall and hotels – all within easy accessibility and a 10-minute walking radius.”

As the global development conversation revolves around sustainable goals, as outlined in the United Nations Agenda 2030, the focus is clearly to return people to the centre of thinking; creating policies, developmental frameworks and cities that ultimately benefit them.

A major contributor to this dialogue, Dubai has always believed in staying ahead of the learning curve and breeding a culture of forward-thinking, future proof strategies that set global examples.
The first country in the world to appoint a Minister for Happiness, it is unsurprising that the leadership would encourage and create a platform to lay the foundations for the first city in the world centred on happiness.

A manifestation of the government’s happiness agenda, Dubai South promises to be an example of how happiness, wellbeing and prosperity can converge in a thriving urban environment.