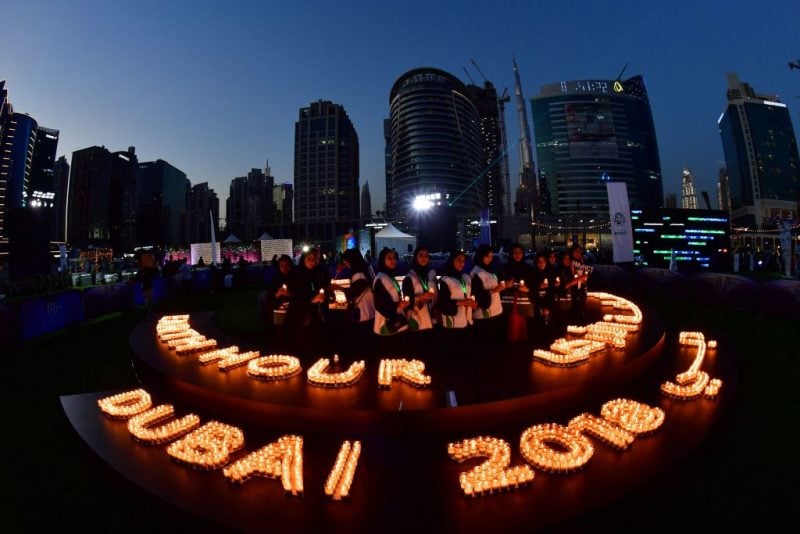 The global Earth Hour initiative resulted in record savings of 343 megawatts in electricity consumption for Dubai – an increase of 32 per cent compared to last year’s savings, and equivalent to a reduction in CO2 emissions of 140 tonnes. according to figures from Dubai Electricity and Water Authority (DEWA).

The annual Earth Hour invites people across the world to switch off all unnecessary lights an electrical appliances for one hour – this year between 8.30pm and 9.30pm on Saturday, March 24 under the theme ‘Connect to Earth’. Dubai residents, landmarks, tourist attractions, government buildings and private businesses joined millions of people around the planet in taking part in the initiative.

As the National Strategic Partner of Earth Hour UAE, DEWA organised activities to celebrate Earth Hour, under the umbrella of the Dubai Supreme Council of Energy and in partnership with the Emirates Wildlife Society (EWS), in association with the World Wide Fund for Nature (WWF), and with the support of Dubai Properties Group.

“Earth Hour is celebrated around the world as a global movement of solidarity for the planet. We strive, as we celebrate Earth Hour every year, to spark public awareness and action for the rational consumption of natural resources to ensure they last for generations to come, in line with the UAE Vision 2021,” said HE Dr Thani bin Ahmed Al Zeyoudi.

HE Saeed Mohammed Al Tayer added: “Under the directives of His Highness Sheikh Mohammed bin Rashid Al Maktoum, Vice President and Prime Minister of the UAE and Ruler of Dubai, and under the patronage of HH Sheikh Hamdan bin Mohammed bin Rashid Al Maktoum, Crown Prince of Dubai and Chairman of the Executive Council of Dubai, DEWA has been organising Earth Hour annually since 2008.

“The aim is to highlight sustainable practices that lead to a positive change in climate action. The results Dubai achieved this year underline the important role community members can play to conserve energy and reduce the carbon footprint to protect the environment and natural resources and contribute to achieving sustainable development.

“The goal of organising Earth Hour is to urge everyone to adopt a conscious and responsible lifestyle in their use of electricity and water, to support the national efforts to reduce carbon emissions, protect natural resources, and ensure their sustainability, for generations to come.”

HE Al Tayer also emphasised the significance of this year’s initiative.

“Celebrating Earth Hour is particularly important during the Year of Zayed, which marks 100 years since the birth of the leader of sustainability in the UAE, the late Sheikh Zayed bin Sultan Al Nahyan,” he said

“Our wise leadership follows the same path of sustainability to achieve a balance between development and the environment.”

First organised in Sydney, Australia, in 2007 by the WWF, Earth Hour has become one of the biggest public movements in the world. It aims to protect the environment from climate change, and is celebrated on the last Saturday of March every year.

From about 2.2 million people and 2,000 organisations taking part in its first year, it has expanded to include 178 countries and 10,000 cities around the world, with an estimated 1.8 billion people taking part.