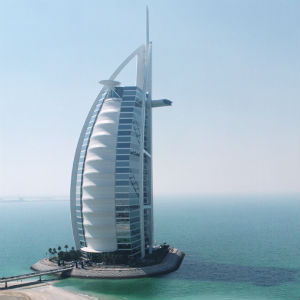 Dubai is the lowest risk city for employers in the Middle East and North Africa region, and is safer to do business in than Tokyo, Paris, Berlin or Madrid.

The city’s low terrorism threat, political risk, violence and crime rate helped to place it 29th among the 131 cities covered worldwide in the 2012 People Risk Index, carried out by Aon Hewitt, the human resources arm of insurance giant Aon.

Government support, demographics and talent development were also factors in determining Dubai as the leading place to do business in the Middle East.

Radhika Punshi, head of applied research and solutions for Aon Hewitt, MENA, said: “In Dubai, there is greater focus on vocational training.

“In addition, there are increasingly more international, world class education institutions operating in Dubai such as INSEAD and London Business School which provides organisations the resources to upgrade the skills of their employees increasing talent quality.”

In terms of demographics, Dubai has a young population with a projected growth of 0.4 per cent year-on-year in working age population in the next 10 years.

Elsewhere in the region, Doha placed at 42, Muscat at 47 and Riyadh at 56. Sana’a and Damascus were ranked the bottom two places in the survey. Abu Dhabi was not among the cities rated.

New York topped the list as the safest place in the world to do business with Toronto, Singapore, Montreal and London filling the remaining top five places.