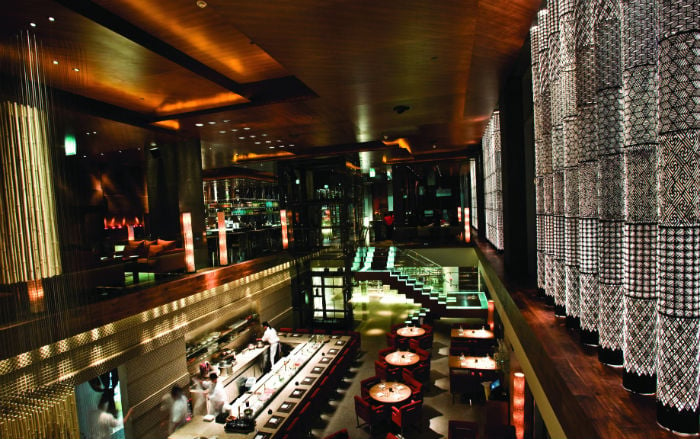 Dubai-based Japanese restaurant Zuma has confirmed that guests will be banned from smoking cigars in its bar and lounge areas in the evenings, effective immediately.

The restaurant, located at the Dubai International Financial Centre, already prohibits cigar smoking in the bar and lounge areas during lunch service – a ban introduced in April 2013.

The new move follows the UAE government’s anti-tobacco law that came into effect on January 21, 2014, a statement said.

Cigarettes are still allowed during both meal times within these areas, it added.

Ajaz Sheikh, managing director of Zuma Middle East and Turkey said: “Whilst we don’t wish to intentionally alienate any of our guests, it was becoming increasingly hard to justify cigar smoking in the Zuma bar and lounge in the evenings, with growing numbers of complaints, especially from females.

“Irrespective of government laws, I felt it was necessary to lead the way in terms of banning cigars in all areas of Zuma at all times of day and I’m confident that other fine-dining venues will follow.

“It will be interesting to see how quickly Dubai falls into line will with other global culinary centres in terms of anti-smoking legislation.”

The UAE’s new legislation was introduced to curb the alarming levels of smoking in the country, especially among youth.

Smoking in the presence of a child under 12 years in a private vehicle is now not allowed, and tobacco products can also no longer be displayed near items marketed for children or in the sportswear, food or electronics section of stores.

Under the law, importing tobacco that is not in line with the UAE’s technical standards will be punishable with a year-long prison sentence and a fine ranging from Dhs100,000 to Dhs1 million.