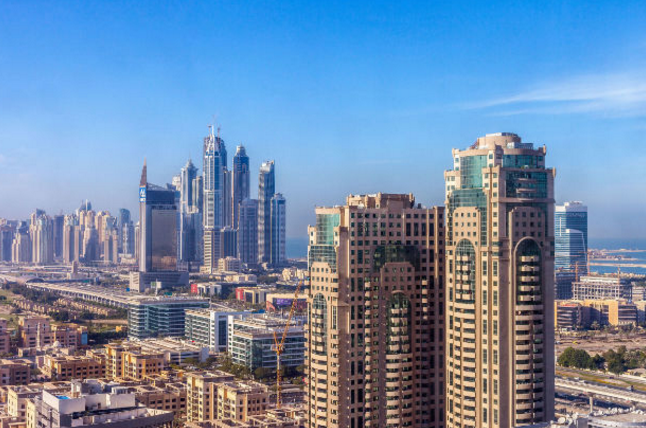 Dubai’s residential real estate sector experienced further declines in Q4 of 2015 with a 4 per cent drop in sales rates and lower sales volumes, according to new report.

Further sales price deflation is expected in the coming months as supply levels gradually pick up, resulting in further falls in both rentals and sales values, according to the firm.

“With the actual delivery of units falling short of anticipated supply levels, the occupier market has held up comparatively well, particularly for more affordable locations such as Jumeirah Village Circle, Dubai Sports City and Dubailand Residences which all achieved rental growth. As has been the trend, prime areas such as the Palm Jumeirah, Dubai Marina and Downtown Dubai continued to see rental deflation with rates falling between 1-3 per cent during the quarter,” said CBRE Middle East head of research and consultancy in the United Arab Emirates Mat Green.

In comparison Green said commercial demand had remained steady despite challenging economic conditions. Prime rents were stable with no change year-on-year and CBRE said there was a pickup in pre-leasing activity during 2015 in locations like Media City, Dubai Design District, Trade Centre and Jumeirah Lake Towers.

“Demand for good quality office accommodation across single-held towers is expected to remain firm, driven by expansion within Dubai’s private sector employment base. This will ultimately lead to further speculative office starts over the next 12 months, with activity likely to be focussed on the Freezones and the CBD area,” commented Green.

Meanwhile, CBRE said the hospitality market had proven resilient despite economic challenges. However, occupancy rates for the first 10 months of the year fell 1 per cent to 77 per cent. ADR and RevPar declined 7.6 per cent 9.5 per cent respectively due to increasing competition, with over 6,000 new hotel and hotel apartment keys delivered this year.

CBRE said it expected increasing competition and the strong United States dollar to continue deflationary pressures on the market.